Australian woman marries herself in beach ceremony after break-up

The woman, Linda Doktar is a life coach who champions self-love and decided to go through with the ceremony after a painful break-up. 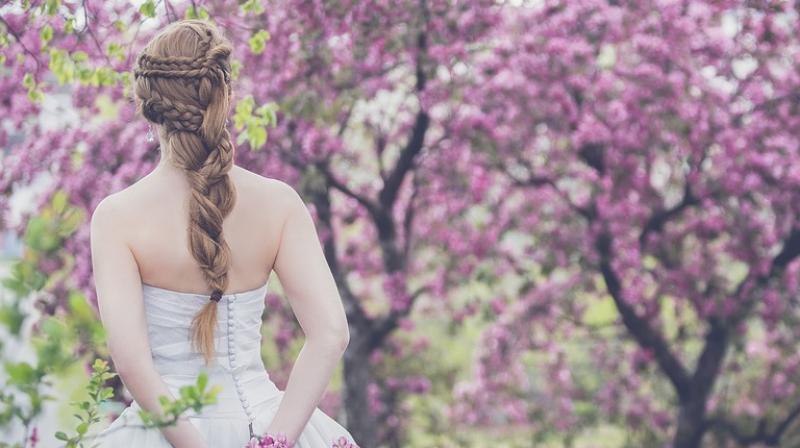 Taking to Instagram shortly after, Doktar wrote, “I just got married!! To MYSELF.” (Photo: Pixabay)

An Australian woman married herself in an intimate beach ceremony in front of three close friends.

The woman, Linda Doktar is a life coach who champions self-love and decided to go through with the ceremony after a painful break-up.

The 34-year-old wore a tie-dye blue and purple gown on the day, and looked into a handheld mirror while she recited her vows.

Taking to Instagram shortly after, Doktar wrote, “I just got married!! To MYSELF.”

“Yesterday I experienced the most powerful self-love & self-marriage ritual known to humankind - to promise to love, honour and respect my soul today, tomorrow and always,” she continued.

She further added, “Yesterday I made a choice to become my own soulmate & best friend. I AM WHOLE. It's your turn to choose you”.

In a subsequent post, Doktar can be seen standing opposite one of her friends during the wedding holding a colourful bouquet.

The act of marrying oneself, sometimes known as 'solygamy', is not legally recognised in Australia but is viewed as a symbolic occasion.

Doktar was inspired to marry herself after her close friend Emmajane Love did the same thing in Bali.

Love, a former sex worker-turned-relationships counsellor, made headlines in 2017 for her own bohemian-style ceremony, which she decided to pursue after experiencing a series of abusive relationships.

The 33-year-old bought her own engagement ring, writing in a Facebook post at the time that the ceremony was an expression of the unconditional love she has for herself.

She now helps others to marry themselves in symbolic ceremonies and has performed more than 100 self-marriages for men and women, including Doktar..”