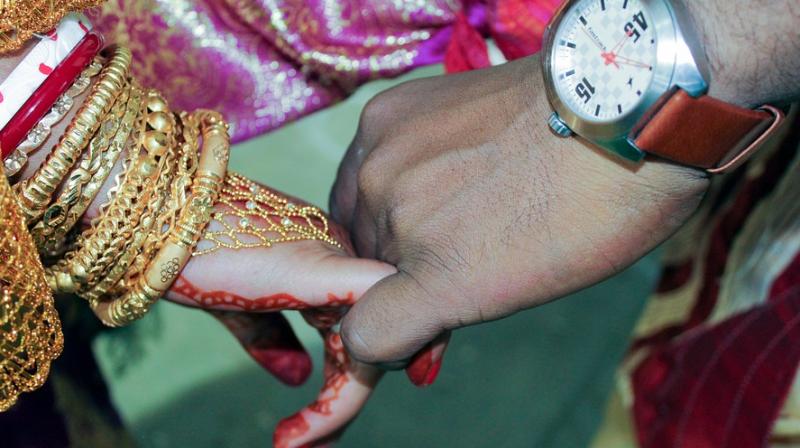 Chennai: Findings of a recent survey reveal that a major percentage of Mumbaikars are willing to look for marriage matches outside the state.

MarathiMatrimony, the matchmaking service from BharatMatrimony for the Marathi community, studied the demographic patterns of the registered users and their preferences.

The data revealed fascinating insights on how Marathis choose to get married.

These findings are given below:

• The user base comprised of 34.7 percent female registrants and 65.3 percent males.

• Going with the trend of being self-dependent and having their own way in taking important life decisions, 57.8 percent of female profiles in the state are registered by themselves, while it's 80.8 percent for men. As far as Marathis living outside the state, its 49.6 percent and 74.3 percent respectively

• Interestingly, majority of Mumbaikars are ready to marry a partner outside the state, with just 23.1 percent of women and 12.6 percent of men stating that they want to find a match only in Mumbai

• In tune with the mobile and internet trends, 72.7 percent of girls registered using app/ mobile WAP and 27.4 percent used desktop, while men was 79.64 percent and 20.37 percent respectively

Commenting on the market trends, Murugavel Janakiraman, founder and CEO, Matrimony.com said, "Maharashtra is a huge and important market for us and we're stepping up our efforts to reach more Maharashtrians. We've chosen Marathi actress Mrunmayee Deshpande as the face of MarathiMatrimony in our recent campaign. Incidentally she found her life partner through MarathiMatrimony, which is the preferred matchmaking brand for Marathis when it comes to finding a life partner."