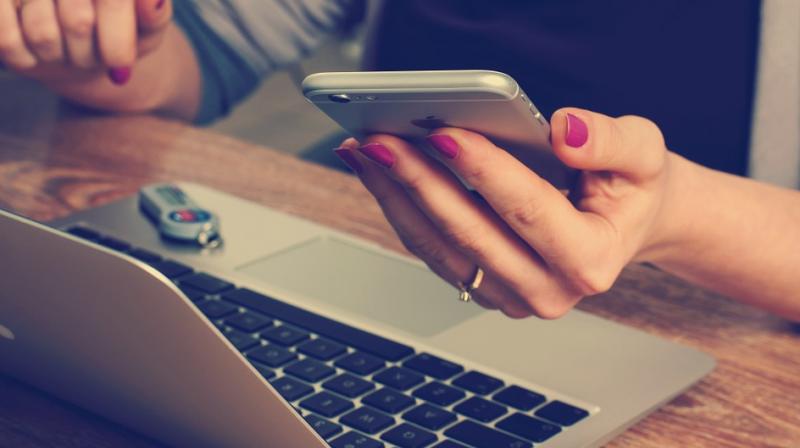 The fact that people snoop is widely known, but we know much less about exactly why they do what they do, and about the eventual impact on their relationships. (Photo: Representational/Pixabay)

Washington: Snooping through someone's phone is not only disliked but it can break the relationships as well. However, some relationships may survive snooping, a new study investigating the motivation behind such behaviour has found.

The study will be presented at the meeting 'ACM CHI Conference on Human Factors in Computing Systems'.

Researchers recruited 102 individuals and asked them to recall a past situation in which they accessed the phone of someone they know, or someone they know accessed theirs. Participants were asked to describe the events leading up to the incident, how the snooping was conducted and what happened to the relationship afterwards.

"In cases where the relationship ended, it was either because the phone owner felt their trust was betrayed or the relationship was also experiencing difficulties. Another main reason was the relationship was not that strong or important, to begin with, as was the case with two work friends where one stole valuable contact information from the other's cellphone," said study author Ivan Beschastnikh.

If the relationship survived, it was because the friendship was mostly solid and the victim considered it important enough to overlook the offence, Beschastnikh said.

"In such cases, the victim explained away the snooping by considering it as a sign that they should reassure their romantic partner about their commitment to the relationship. They ended up excusing the behaviour and, in some cases, continued to give the other person access to their phone," he said.

Participants also mentioned a few different motivations for snooping on their friends or partner's phones. Many cited jealousy and a desire to "control relationships with others." Others wanted to pull a prank, or to use the stolen information for financial gain or other nefarious purposes.

Participants were all residents of Europe, Canada or the United States, and about 60 per cent were women. They were enlisted using the online research platform Prolific.

The study, while small, is the first to provide detailed information on motives and outcomes around phone snooping from the point of view of those who were directly involved, said the researchers.

"The fact that people snoop is widely known, but we know much less about exactly why they do what they do, and about the eventual impact on their relationships," said Beschastnikh.

"This study contributes new insights to that discussion straight from those who have experienced snooping, and hopefully prompts more research down the line," added Beschastnikh.

"It all comes down to who you allow to use your phone, whether you trust them or they trust you, and what the parameters for your relationship with them are," said Beznosov.

"Given that partners, kids, friends, and colleagues can easily observe or guess your PIN and other types of passcodes, you can restrict access to your phone with biometric identification, which is available on most phones and hard to circumvent," added Beznosove.

Not too surprisingly, the findings show that the prime time for snooping is when the owner takes a shower or bathroom break. So if you don't trust the people around you, take your phone to the bathroom with you, suggest the researchers.