They constitute half the population and are partners or siblings or mothers. 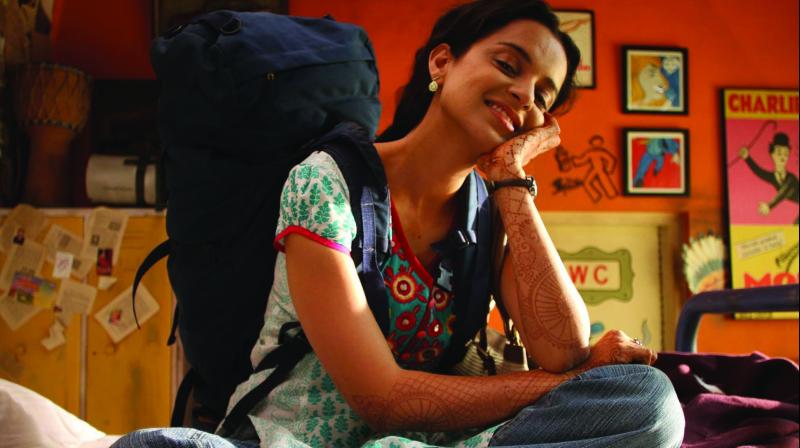 Every person has the freedom to be themselves, wear their choice of apparel and all other democratic rights.

Moving on from our dandy beau of last time, who is in search of a “fashionable fiancee” because he was disillusioned by the “middle-class girl who was not even fair”. When will we see a transformation from this desire for a ‘fair, convent educated’ coveted bride? Will we just change the veneer or will there be real in-depth change?

On a serious note everyone reading this please take a vow to endeavour to bring about a transformation towards giving a woman the respect and dignity that is her due. They constitute half the population and are partners or siblings or mothers. Extend empathy. Yes, mothers and mothers-in-law need to inculcate the right values and attitudes in a family, but fathers-in-law cannot slink off without blame. Disruptions, ill-treatment, dowry-bashing, divorces happen with the blessings of both in-laws after all and not to miss the collaboration of their ‘darling sons’.

Why does the Indian male so surely presume that he is God’s own answer to a girl’s prayer as the desired groom? He should assess his profile with the same strict scrutiny he subjects the wife his mother and he so keenly scrutinises. Is he fair, handsome, courteous, well educated? And does he use deodorant? Is he protective, gallant, caring, kind and deserving of this “best” that he so feverishly seeks?

Every person has the freedom to be themselves, wear their choice of apparel and all other democratic rights. I raise only my social voice when this man rides rough-shod on a woman’s existence in a cavalier manner, dismissing her with divorce after marrying her. Perpetuating the unfair stance where a man can lack many of the qualities he demands from a bride and her parents, his parents and society at large endorse his prerogative as acceptable and the only criteria.

In a globalising India, it is even more relevant that choices work both ways and women must develop the gumption to say ‘NO’. No to allowing themselves to be treated and won like chattel and also not be afraid of being left on the shelf. There is no such thing. My favourite example is the movie Queen when the groom rejects his to-be bride and just takes off to seek a more modern bride. Kangana Ranaut, who is even more feisty in her real life, is this rejected bride in Queen who chooses to take off on her honeymoon alone and live the life. She is clear that she won’t be robbed of her holiday and exercises freedom in a conventional cowed down family who are devastated at the broken match.

My objection to these marriages made in matrimonial ‘rooms’, be they virtual or real, where friends, dotcoms and bureaus ‘fix’ relationships, and society at large is that they endorse this prerogative as acceptable, in fact they more often than not give the groom-to-be this supercilious superior status. He decides what he’d like to ‘choose’ and more often than not it’s a ‘fair, convent educated and homely’ girl. What exactly constitutes this prototype? A woman who will forever be the yes man, always look good and tow the line?

For equal marriages and happy endings to relationships even when they are arranged, much more needs to be spoken till awareness reaches right down to the very grassroots, and there is a real change in society’s thinking. Everybody deserves the freedom of opportunity to fulfill their dreams.