Life   Relationship  28 Jul 2017  Lack of sex may be linked to depression
Life, Relationship

Lack of sex may be linked to depression

There are differences between the genders too, with studies having found that women are more likely to avoid sex than men. 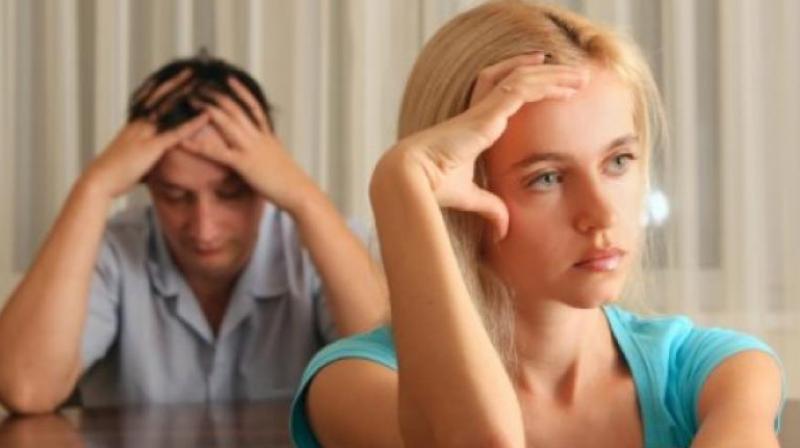 Some pregnant women also avoid sex because they're worried about harming the foetus (Photo: AFP)

London: Sex is powerful in many ways and studies have found that people, who have more sex, tend to have higher life satisfaction, quality of life and self-esteem.

On the other side of the coin, researchers have found links between lack of sex and depression, relationship problems and psychological distress.

The 2013 National Survey of Sexual Attitudes and Lifestyles (Natsal) found that Brits were having less sex than they used to, and more recently in 2015, a study by Relate found 51 percent of people did not have sex.

People suffering from heart disease tend to avoid sex as they fear that it could bring on a heart attack. It is also observed that taking certain medications, such as anti-depressants, have been linked to reduced libido which contributes to sexual avoidance.

There are differences between the genders too, with studies having found that women are more likely to avoid sex than men - up to 40 percent will do so at some point in their lives. And this divide begins in adolescence. Reasons for this vary, but some of the more common ones for women are pain, fear of sexual violence, low libido or memories of childhood sex abuse.

Some pregnant women also avoid sex because they're worried about harming the foetus.

Age is a factor too, with many older people believing they are simply 'too old' for sex, although this is not the case for all. Of course, not having sex isn't a problem if you're happy, but a study last year found that only 64 percent of Brits are happy with their sex lives - or lack thereof.

Experts believe that people do not talk about sex, but this should not be the case.