Helicopter pilot lands on the highway to ask directions

A voice on the radio of the convoy can be heard asking how can someone just get lost in a steppe. 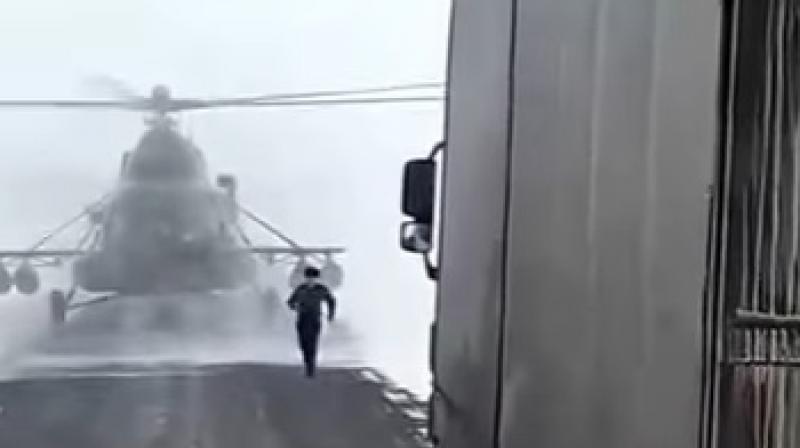 The video went viral and prompted the defense ministry to release a statement (Photo: YouTube)

People can have a lot of interesting  and surprising experiences while taking a road trip down the highway, but at times they might have to witness bizarre incidents in the the middle of their journey.

In what might seem to be a scene right out of a Hollywood blockbuster, a truck convoy in Kazakhstan was stopped midway when a military helicopter landed in the middle of the highway and asked for directions, because they were lost.

As a trainee pilot stepped out of the MI-8 gunship military helicopter and asked for directions, a voice on the convoy radio asked just how someone could get lost in a steppe (an unforested grassland)

After the viral video left the military in a spot, the defense ministry reportedly released a statement claiming that it was an exercise where trainee pilots were asked to find their way by human survey.