Times are complicated and commitments are not as strong. Even friends and family are not as supportive anymore. 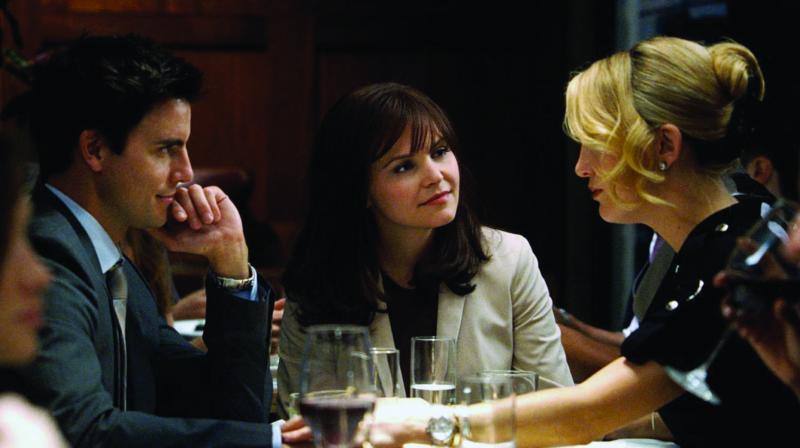 A still from Something Borrowed

While Judy, the decent, trusting friend was left in a position not very jolly, busy looking after the babies, Susan walked away with the husband tucked under her arm. One could be philosophical and say, “If you love a being, let her/him go, if they are yours they come back to you, if not, they never were.”. But is it so easy to be so philosophical when your foundation has collapsed and the one being you trusted completely betrays you and that too with another whom you trusted implicitly? Just think of the devastation!

Times are complicated and commitments are not as strong. Even friends and family are not as supportive anymore. What I feel like saying is that if you wish and want your man or woman ‘till death do you apart’ then you have to have a long-term strategy. I remember my maternal grandmother, during my dating phase used to rile bad-temperedly at the inclusion of a pretty cousin into my ‘special’ date. I am told, in earlier generations, wives needed to surreptitiously keep guard on husbands when joint and extended families teemed with pretty young relatives lived under one roof. It was a grandma’s tale taken quite seriously that a harmless roving eye had to be nipped in the bud, for your sake and even for his sake. This lest a passing infatuation devastate a beautiful relationship.

In contemporary times we laugh that men, are rendered fools in matters of pretty legs and dimpled smiles, in which they do not think with their brains. Women, they say, are often beguiled by compliments and flowers, as was seen in the movie Rustom, where the devoted navy wife was lured away by the wily tycoon.

All this, no doubt, may sound like exaggerated drama in our lives, but I always recommend an outlook that is aware. Even if a relationship is not threatened with predators, it certainly can be threatened with boredom and indifference. These are as much dismantling to a happy relationship as an unwelcome intruder, whom you can at least blame. Or then this malaise of indifference can also be that open field into which a scintillating third can traipse in unchallenged.

Just don’t take things for granted. That certainly may pave the way for at least some disenchantment. In fact love begets a desire to bring happiness to the other! Fan that flame to endurance — think of little ways to make your life a little more exciting. And definitely I’d say, especially after seeing the Susan saga, do keep a watch out if at all there is even a hint of a third-party intruder! There’s no harm being alert in a treasured relationship. It is not a matter of shame to protect something precious you cherish. Take care of your appearance and don’t take partner for granted? Just because you have entered a happy state of matrimony and are feeling secure, don’t believe it’s time to set caution to the winds. A relationship is like a sapling. It has be watered with good energy at all times.

When less desired situations creep in, don’t let the courtship mode slip by and let it last forever. You care for your partner, go and show it!