The practice of arranging marriages by elders has been fine-tuned over ages. 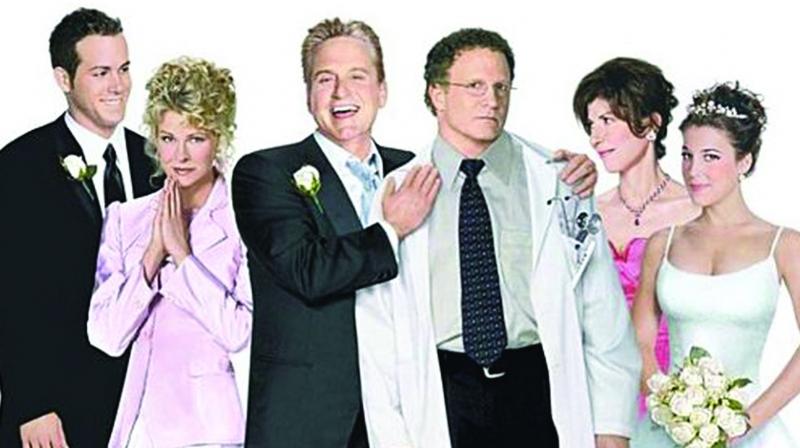 Still from The In-Laws.

Recently a chat with a close friend set me thinking about the increasing rate of divorces. India has the highest number of young people below thirty-five in the world and we see the rise of divorce in this younger group. In small towns or metros, there is a wave of change in the way young people look at prospective partners in matrimony. The youngsters increasingly want to make choices independent of their parent’s decisions in the matter.

On the other hand, parents are often of the traditional mindsets where they feel they have to ‘arrange’ marriages within pre-set parameters of caste, community, and matching of family and cultural backgrounds even to getting astrologers to match horoscopes. Even today young people choosing their own partners is frowned upon in smaller towns, if not totally vetoed. If one puts the matter to debate, there will surely be a cacophony of voices from both sides, and both sides when you hear their views are very right. So I’d say go with the midway path. It is most outdated for parents to totally pick a partner for their children, and yet keeping parents completely out of the loop may rob a youngster of the wealth of their parent’s experience and guidance.

Times are such that almost all young people still desire and even yearn for marriage as the natural transition to adulthood — be it a ‘love’ marriage as we call it in India — or a match arranged by parents. – ‘Till death do us part’ seems no longer the operating funds. Marriages fall apart every day and divorce increasing at a rate that is of sociological concern.

The ideal and certainly the desirable state for the young persons, for their parents, for children born out of relationships all would agree is an enduring harmonious marriage. Why then is the institution crumbling. I am writing today with the bent of mind, old fashioned though I may sound, that there may be some profitable good sense, in parents assisting in deciding on a match too. This slant of my mind was augmented further on attending a book release that told the story of Pakistan’s founding father Jinnah and his marriage to Ruttie. They were almost ostracised by their respective communities. With so much love, so much sacrifice, so much feeling-  did they then have the ‘happily ever after’ life? So briefly as to make a poignant story of wasted investment of all the sacrifices and indeed of life.

If you don’t agree with parents selecting a match for you, my young friends, when overcome with impetuosity and willfulness, do take time over considering and evaluating your parent’s stand if they have reservations.

Let me emphasise here that I do love a real life tale of romance gone right. The operative word is ‘gone right’ that is the best that life can offer. But the antithesis is the ugly word divorce that comes with that lack of patience to adjust and dovetail into each other. To celebrate the differences and work with the similarities. To overlook the carbuncles and ride the rapids. That dreaded divorce comes with all accompanying pain and suffering, especially of children. So all I advocate is the view of parents, even in your ‘modern’ stance may still bear great relevance. To include those same parents who guided you in your formative years and probably know you quite well, is not a bad idea? Given all things due consideration, it’s a matter of life and lives.