Anxiety pill use may quickly turn into anxiety pill abuse, and it takes more than just will-power to get out of it. 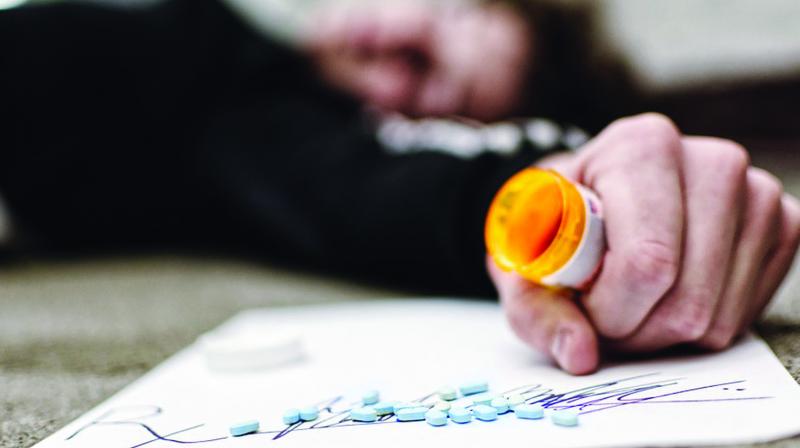 Using them as a convenient remedy and becoming habituated to these insidious drugs is dangerous and over time becomes an addiction.

Walking companionably with a friend to lunch, I noticed her swaying a little. I took her elbow with concern and she brushed it aside with “must be my knee that has been hurting of late”. On digging further and discussing life and its challenges over lunch, what unfurled took me aback. She confided that she has been on anti-anxiety pills — and sometimes more than the ‘prescribed’ limit — for many years. More than 25 years. It started when there were minor crises in her everyday life; problems we all face in our ordinary lives. Domestic issues, kid issues, husband issues, staff issues, health challenges that worried her — anything that cropped up, she had her go-to fix-it ‘medicines’. And she began to get dependent and increase the pills, all of which contained benzodiazepines. Using them as a convenient remedy and becoming habituated to these insidious drugs is dangerous and over time becomes an addiction. That’s what happened to her — without realising it, she was dependent.

It became incumbent upon me to delve deeper into the problem my friend was facing. I made many discoveries that I think every person must become aware of so that they don’t fall into a similar trap as my friend did unwittingly. Long-term use of anti-anxiety drugs can cause significant changes in a person’s life, causing languid sluggishness when used without guidance, which in turn will make you keen to lie around and not attend to your work and family responsibilities. Unusual irritability, hysteria or anxiety; confused, disheveled appearance; neglect of hygiene and basic grooming; borrowing money; lying about one’s activities; a decline in performance on the job or ones relationships — are side effects of long-term abuse of anti-anxiety drugs that contain benzodiazepines.

Work activities and often life itself, begin to feel like an insurmountable and burdensome responsibility and you begin to even look disheveled over time, which is what happened to my friend. She began to be uncaring of her appearance and even disinterested in her favourite activities. I found my friend gaining weight and having unreasonable mood swings. Yes, I agree, even people who don’t consume these drugs have mood swings, gain calories, and often feel exhausted with high stress city life. So then my question is, why have these medicines at all when they don’t solve the issue? Secondly, the people who don’t abuse anti-anxiety pills are not harming their minds, their lives, and are less prone to become ineffectual in their everyday lives.

Speaking to my friend was challenging. She made excuses, she even became aggressive with me when she realised my mission was to get her off them and onto some natural remedies for stress and anxiety. I realised she needed counselling and maybe even rehab. She was on a dangerous path and very aggressive and defensive about her addiction.

How on earth had she managed to procure these drugs, were they not prescription drugs, I asked myself? On researching the Net I found a lot of information about them and the people who abuse them. The revelation was that victims of prescription drugs were people who indulged in something called ‘doctor shopping’. They made appointments with multiple doctors — exaggerating or falsifying anxiety symptoms, forging prescriptions, or lying about lost prescriptions. Once they found a doctor had cottoned onto their game of getting these medicines and the doctor refused to write out a prescription, they went to another one and gave some sob story, often embellished with untruths. And, yes, people like my friend become more comfortable with lying and covering up their addiction with friends and family and often hide their medication and craving. It is indeed a dangerous path to be on. When individuals use these anti-anxiety drugs long-term, then even important relationships are neglected and family despair and distance themselves from the victims of anti-depressant drugs.

On speaking to friends, I also found more people who suffered from the most common malaise of our times, anxiety and stress, and turn to the quick fix ‘remedy’ of anti-anxiety pills than I had imagined. My addict friend is not alone in her drug dependences and self-harming path. It is very important for doctors and family to stay tuned and understand their kin and be aware of such patterns. This is often the path of the weak people of the world and when a family member finds out, to be firm is imperative. Instead, to my horror, I found that my friend’s husband was actually helping her get these medicines because he was unable to face her tantrums should she not get them on time, and was absolutely unable to face the situation head on. Sometimes you have to be cruel to be kind.

Isn’t it funny, that the drug she used as the quick-fix remedy for life’s problem was actually what began to cause the lows of her life? And every life they touch. Which life do you know of that lacks challenge, demises or heartache? Isn’t every life full of highs and lows? The best remedy for the lows are finding strength within. Of creating a reservoir of happy memories to delve into when you feel blue.

The go-to remedy when things seem too daunting could also be to step away from your problem for a short break and indulge in some breathing, meditation, chanting of anything that brings you peace — yoga, a coffee with a trusted friend who won’t judge you for your anguish or will not think poorly of you because you have vulnerabilities.

The first step toward these quick-fix remedies could unleash a lifelong slew of problems and issues that then would need professional help to deal with.