When women are the aggressors

Men in their attempt to save themselves from ridicule keep mum about the abuse they face at the hands of women. 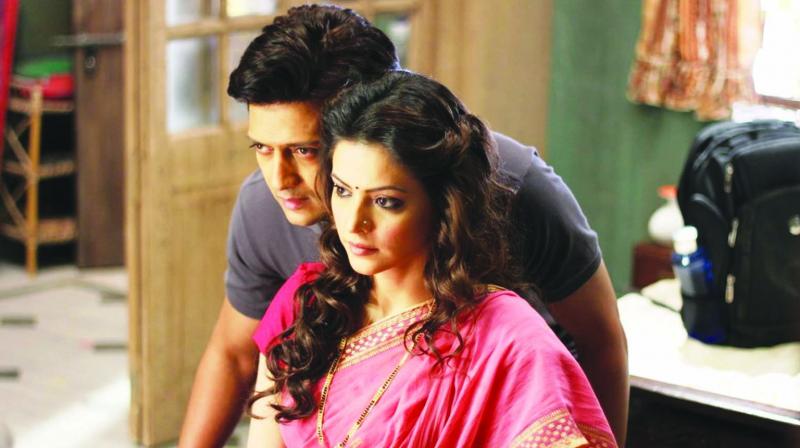 A still from Ek Villain.

“I have been dragged into a dirty perverse mess without a choice in the matter! The well-meaning and probably necessary social bias towards women has deemed me helpless in defending myself.”

This is a statement made by filmstar Hrithik Roshan recently that I saw in bold print in a newspaper.

The Hrithik Roshan-Kangana Ranaut four-year- old drama had recently overtaken print, TV, digital and the gossip column space afresh. Almost every Bollywood buff and his aunts are familiar with the nuances of the case as presented by both the warring parties. And their lawyers each vociferously lambasting the other’s client.

The judge will do the needful of course, but  I am interested in an alternative suspect that comes across. When you misguidedly jump to defend the ‘woman victim’ without ever stopping to question her integrity or motive? Could she be using the law which leans more favourably towards women to her advantage? Could she be manipulating the man, the system and her perceived weakness to her vile advantage?

Even blackmail is a common weapon. Speaking of weapons — the comic caricature of a woman trundling after a man, rolling-pin in hand derives from reality, surely!

What commonly makes news is a woman going in for an FIR  for physical and even emotional abuse. What does not make news is the fact that men are abused. Yes physically and as much emotionally as to warrant going in for an FIR! But the man himself is reluctant. He will bear all only to appear manly and present himself to society as ‘Man in charge’. Henpecked men become the toast of barroom ridicule but women gangs show solidarity even if one member is a victim. A woman victim even has chivalrous males standing beside her. While a male, who is abused by a woman, is held in humorous contempt.

Look at the case of my young friend who broke his engagement but wouldn’t tell his parents that he was being repeatedly abused by his fiancée. He kept blaming himself and couldn’t bring himself to believe that the woman was serially abusive. They wrung out this information with much coaxing having suspected something odd. He had come home bruised and emotionally battered often but wouldn’t open up. He wasn’t even tied by matrimony.

On the contrary, one of my female friends laughingly registered an FIR for molestation when her boyfriend took time returning a tiny sum of money he had borrowed from her. Of course we, are all aware of those unscrupulous women who threaten to scream rape when a man does not tow the line?

Most of all the weird distinction that India has is of having one of the highest rate of male physical abuse in the world -difficult to believe but you can easily corroborate it . As they say ‘do not underestimate the power of a woman (gone wrong)!

Yes, women need help but so do men. It’s no laughing matter. Abuse can be as much emotional as physical and the latter can sometimes cause lasting devastation. Wherever it exists, it must be vanquished. So men need to come out of the closet.