Having lived the trauma of matrimonial decay once, how can one gather courage to marry again? 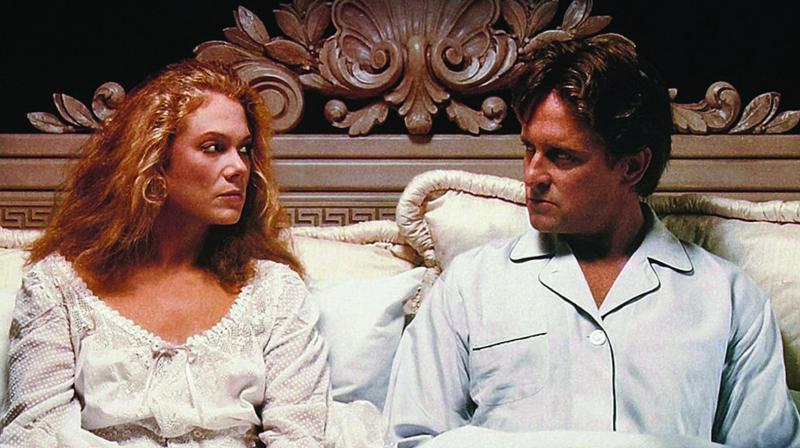 A still from the film A war of the roses

Some time ago on a flight back from Europe, I was glancing through a popular American magazine. The article had selected mothers of ‘super-achiever’ women who were for one reason or the other, presently un-married. Surprisingly, all of the mothers, without exception declared that their heart’s desire was to see their daughters settled in matrimony! Of course, with the corollary that they accepted that ultimately it was the daughter’s wish, happiness and choice that decided the events.

From this quorum of “super-achievers”, six out of eleven had been married, three of them twice.

Two famous celebrity names married often, one of whom —  Arun Nayyar said to me after his marriage with Liz Hurley didn’t work out, “Even I don’t know why I keep getting into these marriages, it’s become a habit I think!”

People do hanker for second marriages however disenchanting it may have been to be married, and however many times they may have gone in and come out of marriage. The one reason that no one can debate for remarriage is love. If a person feels he has fallen in love and that love is reciprocated, then it does not matter if this is the second or the third time around. Love makes everything alright! And hopefully, he believes, the experience brings with it the much-needed maturity.

Sometimes after just getting out of a marriage, life becomes a pain to handle and it’s difficult to start again. People hanker for the security and companionship, even if it is notionally. A close friend, Suchitra Krishnamoorthi left Shekhar Kapoor to bring up a child alone. Her own needs for companionship and a family life were strewn to the winds by the partners disregard for fidelity in marriage.

How happy could a second or third marriage be? The human psyche stores impactful memories. Unfortunately, the less pleasant ones sometimes create grooves of bitterness, hurt, pain, and grief. Would a remarriage circumvent these and make for a happy second time around?

Sometimes people who have broken up many times may be in a break up mode the second time around as well. Is it because they give up too easily? Maybe they are not able to change and that is surely a requirement if their idiosyncrasies made the marriage unworkable?

In any marriage, acceptance with a will to love, understanding,  and making large allowances for another’s individuality are a must if a marriage has to work.

The first consideration whether a person should remarry is to introspect what went wrong in the first case. Be clear and isolate why the first time did not work out. If you are the offending party, old habits die hard and very often a second or third marriage develops repeat cracks. For a second or third marriage to work, it is unwise to try to change a partner, to fit a format of what a ‘proper' wife or husband should be — it is a lost cause already. Acceptance and subliminal suggestion is the way. Two big egos and selfish considerations rupture what could be a life-sustaining bond. I believe,  that for a relationship to be a success, empathy and mutual respect is the key. It has to be a journey of giving and leaving expectations, even of appreciation, out of it all.

The smart path is to pick up ones mistakes from the first or second marriages and make a paradigm shift in behavioural patterns. For  success, a second marriage has to be thought out well — about overcoming of those shortcomings that led to the break ups earlier. It takes  time and practice to break old habits, and a great determination to change. To spend a duration of time, understanding the other party’s make-up, is important. Acceptance, compatibility and to an extent some understanding of a partners cultural and educational background, orientation, moral values, and expectations goes a long way.

The writer is a columnist, designer and brand consutant. Mail her at nishajamvwal@gmail.com