Cook Natasha Diddee, who lost her stomach to a tumor but not her love for food, shares her tale. 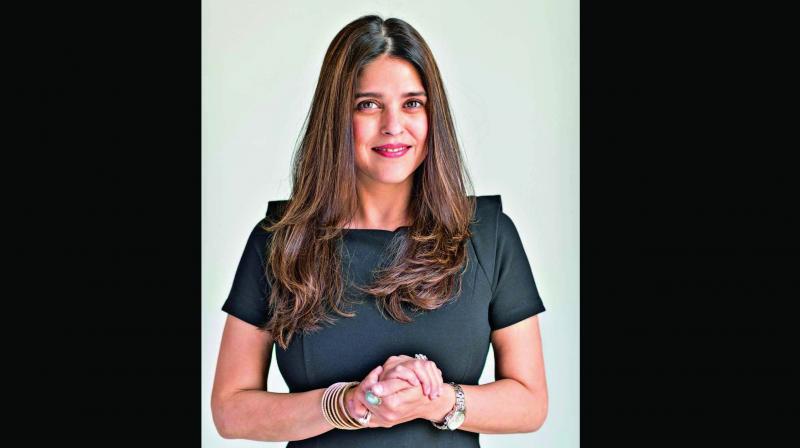 When something big happens to you, you are forced to go deep within and introspect Natasha Diddee Cook and Author

Natasha Diddee is the alter ego of the Instagram sensation @thegutlessfoodie. Ironically, this classically trained cook lost her entire stomach to a tumor which led her to heal herself through food. She inspires thousands of people on Instagram to follow her motto of living and not just existing. She currently lives in Pune with her life partner Bengt Johansson, their pet fish and six adopted stray dogs. She has recently penned down a book named ‘Foursome’ and reveals bits from her life and her book in this interview.

Tell me something about your battles, how do you think you have evolved from them?

Well I’ve fought quite a few battles in my life, from a bitter divorce to losing my stomach. And I have evolved. I used to take life very literally, it was all in the moment, you know depending on where I was and what I was doing at that moment. But I don’t do that now. I think it takes a life changing situation to happen to you. For we are very shallow people in general, but when something big happens to you and you are forced to go deep within, introspect and that’s what I had to do and it has changed me and I like to think that it has changed me for the better.

You are quite popular on Instagram and I am sure you are an inspiration to millions out there, but what made you write a book? How has the journey been from being a culinary expert to an author?

I am a classically trained chef and the natural thing to do or what everybody expects me to do was to write a cook-book. But life is not about being type-casted; I really wanted to do something very different. I wanted to be novel so I wrote a novel. Another word for novel is new. Life can’t be just about what you are comfortable with. So I pushed myself and I wrote this fictional book. And it has been quite a ride. But I think I did a pretty good job.

Why did you choose women protagonists for your book? do you think emotions are better projected by women?

Fiction is always loosely based on facts and a lot of what has happened in this book, has happened to me or to somebody I know and I have sort of woven them all together. I wrote from a women’s perspective because I felt I could write better. The book is written in the first person, so I just felt I could express myself better even though all the incidents in the book have not been experienced by me directly but I have seen people experience them so I could write more from my perspective.

The characters in your book are naturally flawed like the most of us,  how difficult do you think it is to stand up for ourselves fighting all odds,  women in general?

I think no fight can be fought alone. The reason why these women could rise above the rest is because they had each other. I think I did well in life despite all the obstacles that I faced is because I had a huge support system, in terms of my partner and it terms of my parents. And it’s very important. I think today’s women are very independent and they shouldn’t feel like they can’t make it without others but it is important to have that backing and support. So I think it is possible for women to overcome all difficulties if they have a support system, be it in other women or be it in family and friends.

How do you think the equation of modern day friendships have changed or any relationship for that matter?

Tell me something about the title ‘Foursome’. Did you always have this title in mind for your book?

Is there a message you want to convey to the readers through this book?

It is a light-hearted book but it also addresses some very serious issues that we all face in our lives. From homosexuality to marital rape to people lying to each other in relationships, or just staying unhappily in relationships when they don’t really need to. There is so many topics that I have touched upon in this book that are taboo and that people don’t talk about even now when we are in the 21st century. I wanted them to know that if they are going through something or know someone who is going through something, they are not alone. It isn’t just their problem, other people face this too, they just don’t talk about it.