The road to marital bliss

A couple should use the engagement period to gauge their compatibility and each other’s personalities before saying ‘I do’. 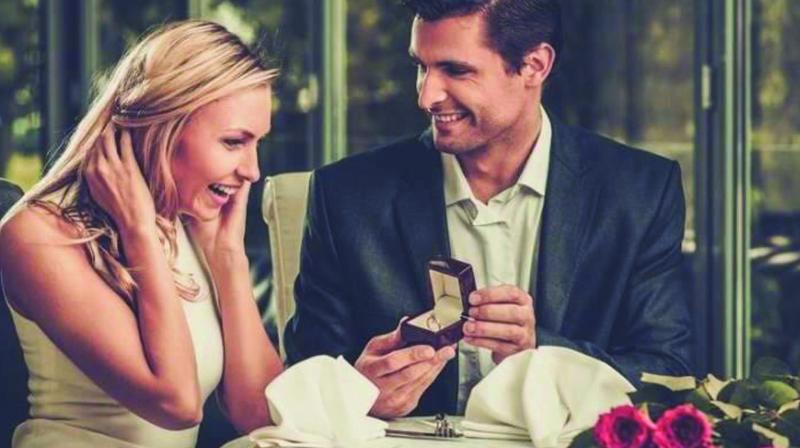 In India, speaking on a general note, it is quite often about differences of expectations regarding the wedding. (Representational image)

My friend Ria just had her engagement terminated. I am upset about it as a broken engagement is, after all, about shattered dreams of romance.  They’re nearly at the finish line and were looking forward to a happy life together, a home and children. Ria is warm and giving and as ‘nice’ as they come. She's a happy and positive fun person. But things “didn’t work out,” she says. That’s supposed to sum it up.

I ponder a lot on the subject. When engagements take place, usually the two young people are moving in a space of upbeat happiness and anticipation to a loving future together— whether the choice is made by them or arranged by the families.  So why does something that starts on a happy celebratory note have to end in such a sour note that it has the parties resorting to the ultimatum — breaking off of the whole association?

In India, speaking on a general note, it is quite often about differences of expectations regarding the wedding. The arrangements, the levels of grandeur, the material exchanges and sometimes about the outright ‘dowry’ or other material gifts of considerable value that girl’s side is supposed to gift, which the grooms side casually might pass off with— remarks such as "after all we are not asking, they are only giving everything to their own beloved daughter! How pretty she looks in that silver BMW!" And such. No, this trend has not lessened with time. In fact, the ‘Big Indian wedding’ is only growing bigger in an ostentatious show that can even many-a-time be horrendously wasteful. It is a matter of ‘reputation’, you see! (Of the groom's family, of course) with almost the entire onus traditionally put on the bride's family to manage however they can. Reputation here is synonymous to the wealth at display.

While things may be changing in some families, it’s very normal to spend outrageously in Indian weddings. Some new-age families share costs and everyone’s happy. Some even forgo a big fat Indian wedding and go on a cruise or long holiday. But such weddings are still very much the norm.

Let’s put aside the material issue or family differences. Even on a personality front, where two people get engaged with the mutually happy prospects of loving matrimony, why do they then break off?  Psychologists give many reasons. The easiest to accept logically is that the personality make-ups are very contrasting, the tastes, tendencies are so different that it is for the best that they go their very divergent ways! Infact, an engagement is a period where you get to weight these aspects before the long life till ‘death do us part’. It’s better to do that now than later.

Allow the engagement period to be the test of personalities to check whether a couple will be happy together, going forward. The bottom line is that it is better for a couple to part ways before the wedding. Often in India, a marriage is considered in the light of backgrounds and material possessions. This may work to some extent but not without the compatibility of the couple. If the ‘well suited’ couple have a harmonious, companionable and attuned marriage, that would be an ideal engagement indeed.

Despite seeming hurtful even at the engagement stage, if it is not working out, it is indeed better to part ways before and not after the marriage. This way, it’s better for all concerned.