Friendship between the opposite genders has quite a few benefits. 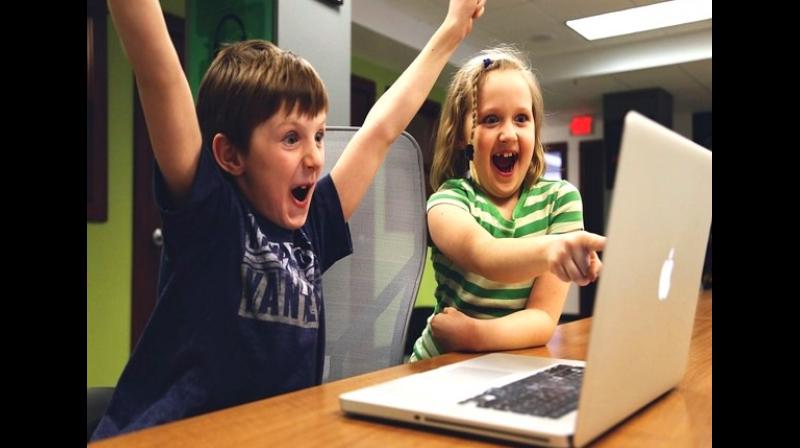 Washington: Even though adults are more aware of the notion that gender is a wide spectrum, children usually draw a bold line between the two. For them, it is either a ‘boy’ or a ‘girl’.

However, according to a report published in CNN, girl-boy friendships matter. They give children a chance to explore themselves outside constrictive gender stereotypes and question them as well. A girl playing with a boy might feel free to be competitive, a trait that is normally associated with boys, while a boy, playing with girls may feel free to be talkative and emotional.

A child, questioning his or her gender, might feel free to explore part of him, her or themselves that culture forces them to bury. Furthermore, these friendships allow children to prepare for adulthood, during which period, they will work alongside, and might even be romantically inclined to another gender. The friendships allow children to see the complexity of humanity. Children who have grown up with strong demarcations between the two genders might have a tough time seeing and accepting them.

Often, children resist girl-boy play because they feel boys are hardwired to play like boys and girls should play like girls. However, as with all issues related to sex and gender, the research is both extensive and controversial and finds that while there are a handful of traits that are more common in boys, and another handful that are more common in girls, few individuals are pure "boy" or "girl."

Speaking about it to the media organisation, David Walsh, a psychologist and author says, “The differences [discovered by gender researchers] are generalisations. But on an individual basis, there is a tremendous amount of overlap [between girls and boys].”

Most cultures reinforce personality traits that conform to gender stereotypes. A boy who might like ninjas and playing with a doll. However, he will be encouraged to do the former alone. Furthermore, culture also reinforces the idea that when a boy and girl play together, it has to be a romantic association.

Girl-boy friendship can help undo some of these gender constraints that society forces. When authority figures in schools or parents approve of these friendships, they are sending their children the message that it's not only okay to play with another gender, but it is also okay to play like them.

Another advantage to girl-boy friendships is the way they give boys a chance to talk about their feelings. This practice in expressing themselves will help them pursue professional and romantic relationships later on in life.

However, as long as children are subjected to witnessing gender stereotypes on various media, it will be hard for them to take the leap of faith and befriend a member of the opposite sex. This is where parents come in.

Parents can casually suggest all gender schoolmates for play dates and birthday party lists. Furthermore, children of parents’ friends and cousins or neighbours provide good off-the-clock opportunities for children to build connections with another gender without fear of judgement.