Today, where gender does not define ones success, some men are still influenced by their mothers idea of a “fair and Lovely” life partner. 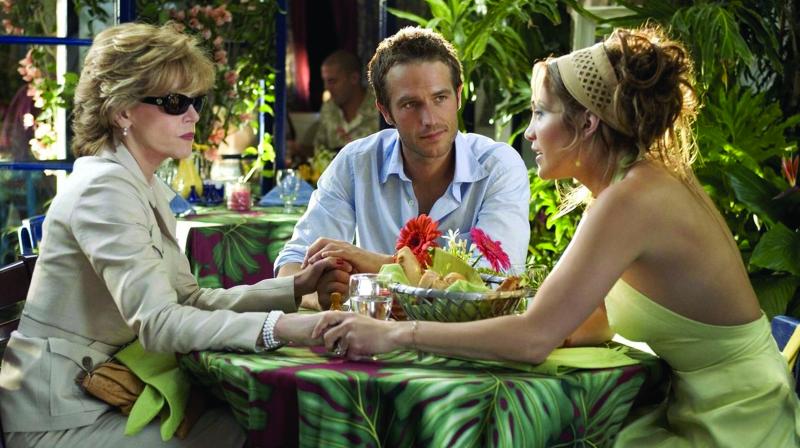 A still from the film Monster-in-Law

I know why she divorced him, I think, as I try to avert my nose and try to will my hand not to reach over to shut out the odour by pinching my nose. Has he never heard of deodorants and colognes?

I am wrong on my first assumption, ‘she’ did not divorce him, he did.

He seems young enough, and is also a denizen of Mumbai — the metro headquarters of the millennial generation — and ‘well educated’. But in his entire demeanour, his choice of apparel is a complete turnoff. In his body language and everything else too, he seems as far removed from Gen Y (or is it Gen Z) as a Martian!

The reason he is here, despoiling the air around me, is that he is seeking to marry again, and this time around, he seeks a modern “convent educated” and of a course “fair, beautiful” bride. And an acquaintance has sent (plonked!!) him to me with an appeal to my kindness to help him with some degree of social veneer that will equip him for such a match.

This is beyond whatever reserves of kindness I am endowed with, excuse me God. More so as I learn that he has divorced his wife because his mother and she did not get along. And he was “fed up of the bickering.” He cockily presents that as the reason, clucking with an air of a person expecting resonance and understanding from me. Typical Indian “momma’s boy”, my mind sneers as he adds that she was also not of his standard, and  came from a small town “middle-class” family and with “no idea of fashion.” I sarcastically wonder if all this suddenly came about overnight, after they married. One day she was scrutinised (certainly in the patronising chauvinistic Indian male tradition and accepted as suitable for matrimony and the next day she morphed into this “low-standard, unfashionable small-town girl” that his mother derided and took every opportunity to fault find and denigrate and that he wanted out from as he happily divulges. And that was reason enough? What of her side of woes or her side of the story? I can safely assume that thought hardly entered the “Maa-ka-laadla’s” mind.

A recent enough survey reveals that an astounding percentage of Indian teenage boys’ response to a husband raising his hand upon a wife or worse, was that it was accepted as the usual thing in a marriage. Are they seeing it around in their homes? Is a woman’s status as chattel still subliminally ingrained in these growing minds? Shocking but that’s how it is as the survey reveals.

So yes, this is indeed the age of smart, well-exposed, well-informed and digital-savvy intelligent entrepreneurial Indian metro millennials leading the world in their foray into sacksful of innovative start-ups, who design their own lives, men and women alike, as they do their Instagram bios do exist and coexist but I ruefully acknowledge, this section is only the icing on a mouldy old cake and it’s not easy to stereotype even a forward marching metro. There are numerous levels and layers of disparity in the levels and layers of exposure to broadmindedness, belief-systems, cultural mores and practices as our ‘beau’ looking for a bride so grotesquely displays here.

I bundle him off with a light-hearted, smartly dressed, casual girl and urge him to carry a gift, take her on a date and charm her.

He’s quite in accord that he will, he is rich and flashes his gold Rolex, no less! Probably a date at a nearby cafe, a gift of some Lindt chocolates and dressed to the nines accessorised with glares that he will not take off anywhere! If the girl is anything he aspires to she will hopefully sock him on his ear with her handbag and leave him wondering why.