Clearing up some issues could well make it easier for men to live with the womenfolk. 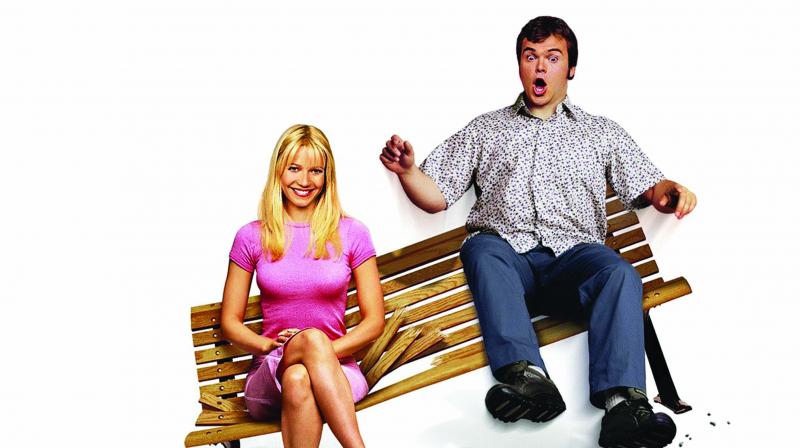 A still from Shallow Hal.

Discrimination is an ugly word. It creeps into our lives in the tiniest ways possible so much so that often we don’t even think of it as discrimination but just a minor inconvenience.

Most common discriminations are experienced by the differentlyabled or the financially less fortunate, when the entry to a mall doesn’t accommodate as many accessible lifts or certain restaurants control entry based on client appearances. Discrimination is also faced by women, at the workplace and out in the field, when they are overlooked for certain positions or sports. It’s an ugly creature and if not identified and killed early on, it spreads like a silent virus.

Well, we men also have certain issues that could use a clearing up, nothing major or massive but changes nevertheless that could make it easier for us to live with the womenfolk. Let me share some examples.

Chairs in malls: The person who puts in ample seating in the public areas of a mall will be blessed by many. I don’t mind carrying the bags but please provide me a place to perch while the shopping continues. I can do a triathlon in a respectable cut-off but to stand in one place holding a few bags is a bigger test of strength and patience. Strategically placed seating could resolve this. Currently malls are clearly not a male-friendly place.

Gaming consoles in shops: Men love shopping, don’t get me wrong but we hate tagging along with others. We don’t mind being asked our opinion but it’s highly boring to wait through twenty dress changes. Solution: install a few Nintendo on the walls outside changing rooms, not only won’t we know where the time went, we shall actively encourage you to try more outfits.

Car glove compartments: A man’s space is his personal Batcave; it’s rather putting off to open your secret stash safe and find a random lipstick there. It’s as if the sanctity of the space has been compromised. Cars need to think of this and create a separate space for women to stow away their kit. In fact, why not just build cars for men and women separately depending on who the driver is going to be? Bicycles do it already. Men may want cars with unreasonably loud music systems whereas women may enjoy a massive middle finger backlight to shoo away the random sleazy types.

Clothes: To assume that men abhor colours or are particularly averse to fashion is largely incorrect. We demand to be treated equally, and respectfully. Where’s the men’s section with the coloured trousers and the polka-dotted shirts? Why should one be expected to only wear drab pastel socks all days of the week? Who decided that a handkerchief for men must be white; considering just how easily we get our stuff soiled, wouldn’t a colour pattern make more sense? And yes most men can wear coloured underwear without feeling shy on the inside.

These are but a few points to highlight the gross error that is society and it’s not even the tip of the iceberg. It gets murkier as we go deeper. Human lives are a complex algorithm of interconnected relationships and exchanges; discrimination makes daily existence mostly uncomfortable for the victim party but awkward for both sides. Time we smartened up.