Biologists have long agreed that the enhanced ability to fight off disease was a major advantage of the genetic changes of sex. 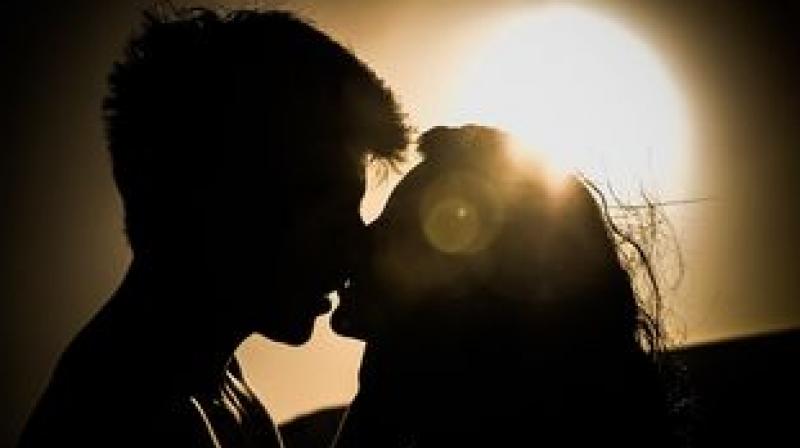 Sex needs to be over twice as efficient as cloning to outweigh its costs (Photo: Pixabay)

From an evolutionary perspective, sexual reproduction could be seen as a non-starter. Compared to cloning, which also exists in Nature, it's a major waste of time and energy.

Think of the ungainly, preening peacock -- an easy snack for tigers and wild dogs -- strutting his stuff to impress the ladies.

Even without predators, sex and its attendant rituals can be dangerous: when stags butt heads or alpha-male lions fight for mating rights, it does not always end well.

Some animals and plants -- starfish, bananas, to name two -- reproduce asexually. Even a few birds and bees do it solo, Cole Porter be damned.

Others, like the Komodo dragon, can work it either way, though asexually produced Komodo babies -- produced by their mothers -- are not clones.

In short, without males in the picture the business of reproducing is faster and less fraught.

And yet, sex remains by far the dominant means by which the world's fauna and flora pass on genes to future generations, ensuring the survival of the species.

"One of the oldest questions in evolutionary biology is, why does sex exist?", said Stuart Auld, a biologist at the University of Stirling in Scotland.

Darwin's laws of natural selection dictate that doing it the hard way -- sex rather than cloning, in this case -- must confer some major, if hidden, advantages.

Granted, sexual reproduction fuels genetic variation, which boosts the likelihood that offspring in the wild will have the genetic makeup to thrive in an ever-changing environment.

By contrast, clones do not vary, and so if the environment deteriorates, a clonal mother will produce offspring that lack the genes they need to succeed.

"But sex needs to be over twice as efficient as cloning to outweigh its costs," Auld said.

Biologists have long agreed that the enhanced ability to fight off disease was a major advantage of the genetic changes that come with sexual reproduction.

But constructing an experiment to confirm this has always proved difficult: how do you compare the costs and benefits of sexual strategies in different species?

To get around that "apples and oranges" problem, Auld and two colleagues used an organism -- the humble waterflea -- that can reproduce both ways.

"By comparing clonal and sexual daughters from the same mothers, we found sexually produced offspring get less sick," Auld said.

The ever-present need to evade disease, it turned out, explains why sex persists in the natural world in spite of the high "costs" that come with it, he explained.

Parasites and their hosts are in a constant tug-of-war, each evolving and adapting to the other, one attacking immune defences and the other rebuilding them.

Cloning offers fewer chances for genetic changes in the host that can rise to that challenge.

But sexual reproduction -- with a new genetic variations coming into the mix with each generation -- offers more opportunities to fight back against pathogens.

The findings were published in the British journal Proceedings of the Royal Society B.