In spite of heartbreak and challenges, marriage still is the most universally sought after relationship model. 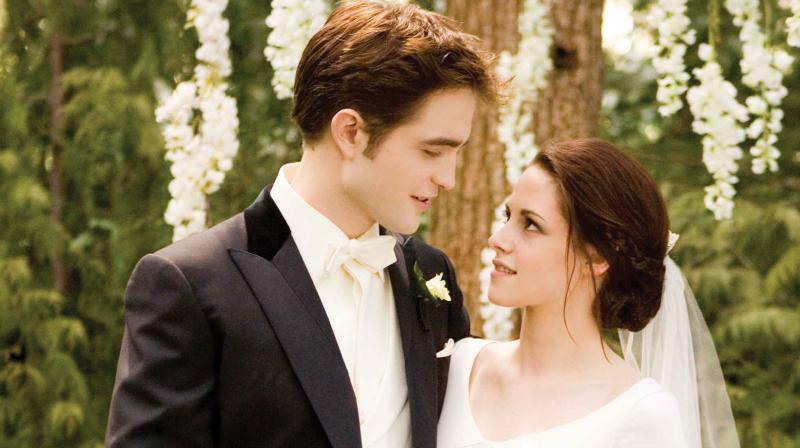 This is such a bar room joke — ‘Either you’re married or you’re happy’ and yet almost all youth and their parents pine for marriage. In India, it is often the ‘goal’ that drives a young girl’s life.

When the caveman returned lugging the bison post hunt, it was quite a chore to find a lady every day to share the ‘candlelight dinner and the ‘bed’! So the contract evolved of sharing life and its challenges. In my milieu the question I often hear is that is it at all a relevant institution, this ‘marriage’ said quite like a bad word.

My friend Shweta avers that when attention spans are so low, straying and moving on is so easy, marriage is only about the convenience of shared households and shared responsibilities. Commitment is more defined by its absence. And I’ve seen that even dating and meeting is so superficial that if you are slow to respond to a man’s advances, the man has already moved on to another more willing candidate who ‘complies’ with a more ‘willing’ approach.

Stats reveal divorce is on the increase. People often opt for single lives unfettered by the leash of matrimony or are ‘living-in’ with a tentative finger on the ‘off-button’ as a freedom support.

Education and economic self-reliance are said to have quite nudged the ‘lord-and-master’ husband out of the ‘ideal family’ picture frame. As also ‘sati-savitri’ wives. Modern times are times of transition, it is acknowledged and men and women can express their need for each other in many different ways.

My friend Shweta swears that the institution is totally irrelevant and dispensable in today’s times when a woman is supposed to be only pretty, happy, all good things, and if she’s not, there’s a much more enthusiastic candidate waiting eagerly on social media or the nightclub in cut-off shorts and neverending lissom legs. The moment a woman’s ‘dark side’ surfaces and real life syndromes show up, one or the other partner is talking about moving on.

But in spite of all this, and even though strewn with quarrels, heartbreak and many a challenge as the path is, marriage still  is the most enduring institution and almost the most universally sought after relationship model. Society is tradition bound and does not easily change. Statistics and sociologists, however, point out that matrimony is not only the most enduring institution but still the most sought after. I’m thinking about the ‘why’ of it. After all, even a child out of wedlock is accepted today. So why marriage? The question of relevance arises more often in metros and big cities, where all traditions are fading away like aged fax copies! As early as the days of George Bernard Shaw, who himself remained unmarried, remarked that marriage was losing its hold — a fact that women’s vote and emancipation and birth-control and all the later attitudinal changes only made a stronger case.

These days, it is true that many needs which were earlier met by marriage, can now be adequately fulfilled in various ways, if one is not inclined to matrimony. Living in and children out-of-wedlock are happening and old-age loneliness is addressed by senior-citizen resorts and community-dwelling facilities for all range of needs and incomes. So marriage itself has to be the raison d’etre for marriage nowadays. Both men and women who are acquiescing to marriage under some persuasion, take recourse with the clause that there is after all divorce (which too is getting uncommonly common). Any after-dinner ambience becomes a debate with very valid points coming forth for and against! Since there are enough against, and growing, since even a decade ago at least, points that it is getting to be a matter of choice more than a foregone conclusion.