Maneet from India and Huda from Pakistan fell in love four years back and their journey has been inspiring. 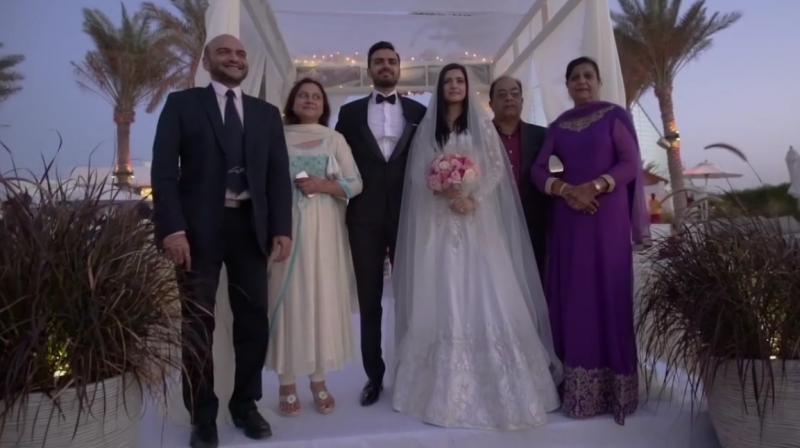 They got married in a beautiful beach wedding (Photo: Facebook)

Dubai: The subcontinent has been plagued by religious differences and rivalry between India and Pakistan for a long time and while hatred and resentment between the two countries seems to be on the rise, love seems to be the answer to everything that divides people.

While inter-religious marriages and love stories across the border have been witnessed in recent times in real and reel life, and now it’s a couple in Dubai which is inspiring. Maneet, an Indian Jain boy and Huda, a Muslim Pakistani girl, fell in love four years ago, and what awaited was a series of barriers.

When the couple decided to get married, their families were uncompromising in their opposition to the union as religious differences were the only thing that their parents seemed to think of.

But the couple fought against all odds and finally managed to get their parents on the same page, as the couple were finally united in a dream wedding on the beach, with the stunning Dubai sunset witnessing in the backdrop.

The couple’s union will not only give you the feels, but also shows how love truly conquers all and provides an answer to issues people have been struggling with for decades.