It takes two to call it quits

Divorce cases are on the rise with people looking for happiness, ‘elsewhere’. But break-ups can be full of regrets. 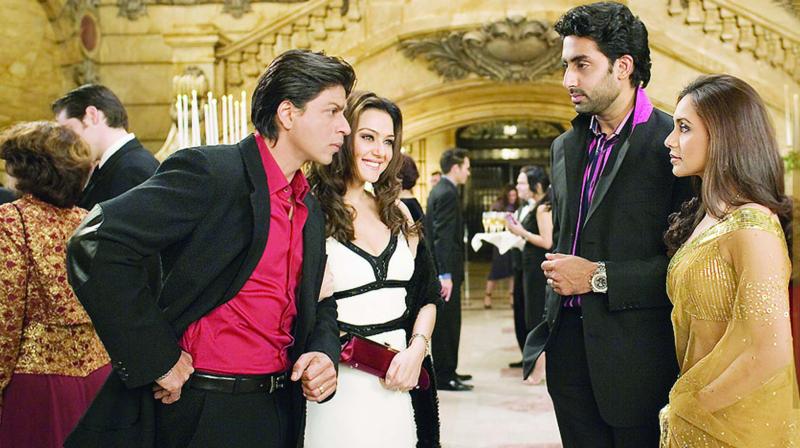 My friend sits over coffee with me, and is  denouncing a woman for ‘stealing the husband’ of Pooja, our  acquaintance, and dismantling Pooja’s happy home. Ugly epithets for the lady are dished out as my friend gives her moral judgement on the matter.

I want to interject, “Does it not take two hands to clap?” I want to ask her if a man can be an object that any female can just ‘steal’ and walk away? Yes, it’s terrible when a marriage that seemed good dismantles, especially when a third person enters the scene. But did not the man also take the vows? Did he not take the decision to break things too?He is the one in the relationship after all, not the woman intruder isn’t it? Yet you notice the harsh expletives seem often reserved for the ‘intruding female.’

We all know a break-up is one of the most complex issues and least easy to dissect. In fact, even expert counsellors get embroiled in the plethora of accusations and justifications. All the three parties seem to have their own defenses that ostensibly seem so right.

These days the fidelity stance is not so much a religious or moralistic one but more in the domain of psychology where one tries to understand, accept or even tolerate the fait-accompli.

One thing that psychologists do — labelling it necessarily as a matter of ‘sex’, is an oversimplification. In a movie Yul Brynner, the protagonist, said, “A man is a bee that goes from flower to flower to flower for nectar.” But society has moved on and a woman can as easily be seen as being a butterfly! Sex is a significant expression but the malaise is deeper and involves a range of causative factors. Marriages are going the break-up way with divorce figures skyrocketing. The reasons for straying from a marriage are many and gone are days when divorces were matters of shame and scandal. In our tradition bound sections of Indian society, divorce is still a shocking and shameful matter but come to the urbs, and psychologists see a range of factors involved even in cases where another woman seems to be the cause of the trouble.

When a marriage is broken, it is safe to say that there were already chinks in the armour. A loving, satisfying relationship is never broken. We have to be understanding enough, go on to have an immensely successful marriage. Compatibility is between individual’s qualities that are vastly divergent and unpredictable. So, how can we blame one person? Maybe it’s not the person who is to blame espcially, in India where they say the stars didn’t match! Astrologers do a roaring business matching horoscopes but really no survey can tell us if our marriages will work or not.

My advice for anyone in such a situation is — Divorce could  be your happy place. Afterall you have your reasons, especially if you have the robust confidence in your  commitment. But also, the path may not be as rosy as expected. It may be strewn with burdens of guilt, denial, comparisons, insecurities, disappointment and even regret. Disruptions can be less than rewarding. Venture that way only if the reasons or the emotions are so strong that you feel no other alternative works.

Yes, I have seen some marriages being supremely fulfilling the second time around. But sometimes the bravado is a defensive facade and things may not be what they seem, so much so the man wants to get back to the original partner. One day I want to do an in-depth inroad into one such relationship to get one true picture.