Lingerie is a term for fashionable and alluring women's under garments. 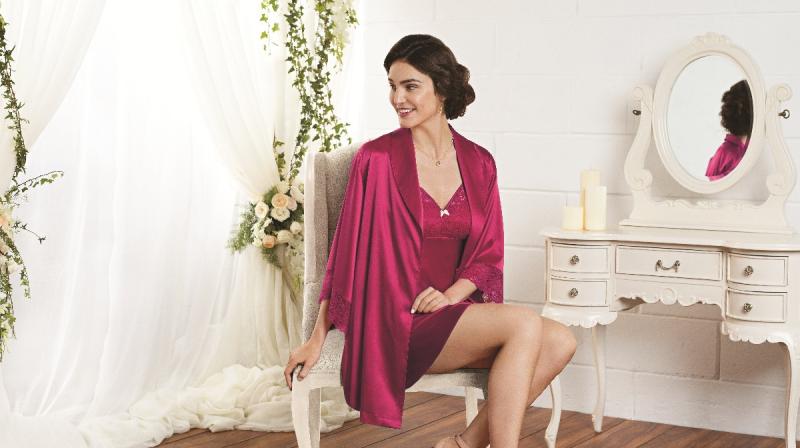 If she does feel attractive in a lingerie, it can become a sure fire signal.

“Doctor please counsel my husband.  He has weird tastes” pleaded Rama. “Enlighten me” I responded. “My husband wants me to wear all kinds of lingerie. Such a waste of money. It also makes me feel cheap.”

Lingerie is a term for fashionable and alluring women's under garments. It is derived from the French word “Linge” meaning “washables” and from “lin” meaning linen. Until 20th Century women used lingerie mainly for three purposes: to alter their shape, for hygiene and for modesty.  In the 1960’s lingerie manufacturers such as Frederick's  began to glamorise lingerie through Hollywood movies. Thus the idea of lingerie acquired a sex appeal.

When “Men's Health” Magazine asked “Have you discovered any sexual aids that enhance your sex life?” an overwhelming majority of men voted for lingerie. These men are not aroused by the garments themselves. They are turned on only by a woman who sports a lingerie. It fires a man's imagination. The only problem is that not all women share this enthusiasm.

If she does feel attractive in a lingerie, it can become a sure fire signal. Any time she needs sex, all she has to do is to surprise him by wearing lingerie. On the other hand when she does not wear it, that may be a signal too.

Lingerie has its uses. It resolves the Madonna complex in some men. The “good” girl they married and the “mother” to his children can become a “bad girl” by wearing lingerie. Some women who nurture secret fantasies of being wild and adventurous in bed use lingerie. Thus they permit themselves to enjoy sex wildly.

Make no mistake. Women’s lingerie pleases him, not her. Men are aroused visually, women verbally. Proof of this comes from a survey which found that lingerie is virtually a non item in lesbian relationships.

Note:
Remember sexiness is inherent.
If lingerie is a turn on it is fine but should not be the sole turn on.
A woman should wear what makes her feel sexy.
Nothing is sexier than a woman who feels attractive.