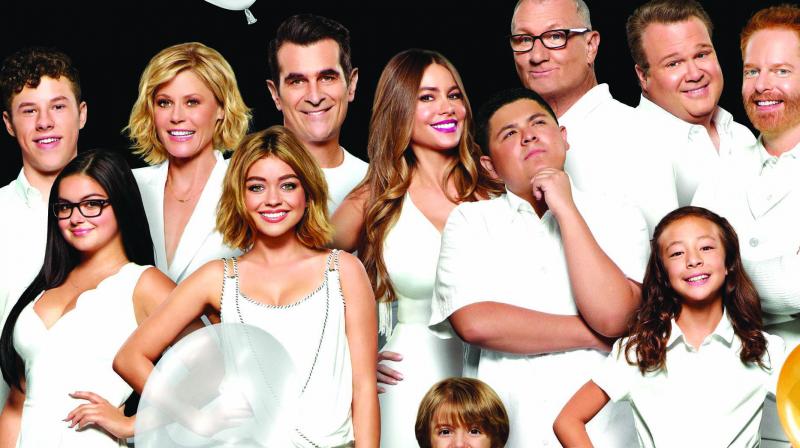 A still from Modern Family used for representational purpose only.

The 21st century has brought with it tremendous amounts of change in the way our society functions. The concept of joint families, for example, has been fading out of Indian cities. Most people now have smaller family units comprising only parents and their children. We also have nuclear families, wherein the various members of the family split up and live apart to pursue studies or professional commitments. Although which concept suits Indians best is a debatable subject, the film director Shoojit Sircar recently said that mental wellness has a lot to do with families, and apparently, living in a joint family can help keep depression at bay. “Some of you may not agree, but we must go back to our old way of living in joint families. This may be the only solution/medicine to curb all mental insecurities, loneliness, and most importantly, depression,” he said in a recent tweet.

By highlighting why joint families are a blessing in disguise, Sircar, who has directed family dramas such as Vicky Donor, Piku, and October, has raised a very important question concerning the demise of bigger families living under one roof. While Sircar’s tweet received over 11 thousand likes and over 500 comments, his followers found themselves particularly concerned about him associating mental health with family. Although the director received a mixed response for his opinion on Twitter, we spoke to experts to find out if his argument actually holds water in today’s day and age.

Mumbai-based psychologist and life transformation coach Kashish A. Chhabria agrees with Sircar. She said, “I completely second the importance of joint families. It plays an extremely vital role in the upbringing of children. However, people may feel isolated even when surrounded by family members. Depression is a state of mind. So although it is certainly better to have nurturing relationships around, family members themselves can trigger mental health issues in children. In that case, it's better to maintain a safe distance from the family. Having said that, I believe that it is way better to be at home with your loved ones than without because life is all about meaningful relationships.”

It is said that strength lies in unity, and that is where the strength lies in joint families, too - in all the members coming together as one through good times and bad! Nikhil Chandwani, founder of the Writers Rescue Centre, “Very often, children keep secrets from their parents because they're afraid to confide in them, and that can lead to a bigger problem, like depression. In a joint family, however, a child can find someone who they can open up to and seek guidance from. There is always somebody for everybody to fall back on, which makes for a special sense of security. With people from different age groups living under the same roof, there's always somebody to boost one's morale on a bad day.

Elaborating on his stance, Nikhil explained, “Families play a significant role in one's recovery from depression and other mental health issues. I have witnessed first-hand, many differently-abled students, who were once depressed and had lost faith in life, become whole again, thanks to all the support and encouragement that they received from their families.”

Families are indeed very valuable in providing support for managing an individual's mental health needs. Isha Dodhy, a social worker, who works with people suffering from loneliness, said, “In my view, the key lies in creating awareness about mental health issues and addressing all the stigma that is attached to it. Families need to understand the gravity of suffering from a mental health issue, yet know that just like physical illness, mental illness is not a personal failure.  Factors such as economic status, societal pressure, and norms, play a huge role. We must recognize and emphasize the importance of families in supporting the mental health needs of individuals, and as responsible members of society, we should fight the barriers that exist within our social ecosystem and eliminate the stigma associated with mental illness.”