Life   Relationship  19 Jul 2017  Sibling bonding is stronger when father is around
Life, Relationship

Sibling bonding is stronger when father is around

New study highlighted how social bonds develop between paternal half-siblings when their shared father is in the vicinity. 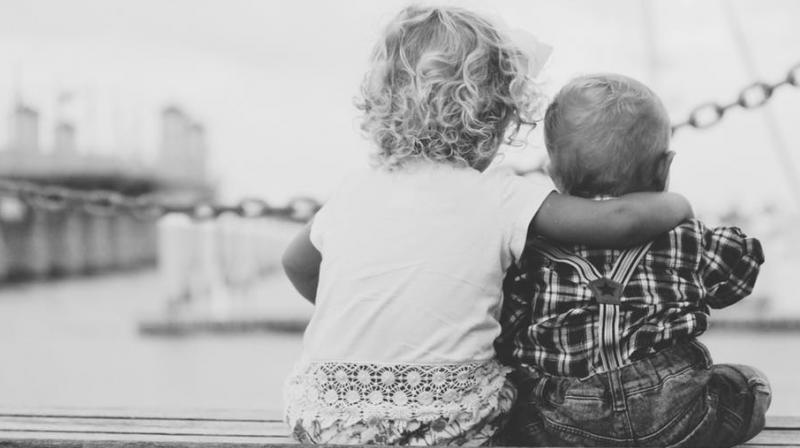 Washington: Usually, mothers and maternal sisters dominate all aspects of an individual's social life, but a recent baboon study has revealed how a father plays an important role in encouraging sibling bonding among his kids.

Lead author Emily Lynch from the University of Missouri, Columbia, US highlighted how social bonds develop between paternal half-siblings when their shared father is in the vicinity. Researchers studied the movements and interactions of a group of 39 immature olive baboons (Papio hamadryas anubis) in the Laikipia district of Kenya for fourteen months.

Half of the parents of the baboons in this group had been caught by leopards within a period of two months prior to data collection. This relatively rare occurrence allowed the researchers to examine possible differences in the social bonds and behaviour of wild immature baboons that grow up with or without the influence of mothers and fathers.

Fecal samples were also collected and were used as genetic samples to establish kinship. The strongest bonds were found between young baboons who shared a mother, while the weakest relations were among those who were not related in any way.

Notably, paternal half-siblings enjoyed bonds of intermediate strength. This bond only existed among immature olive baboons when their mutual father was around.

His presence also increased the chances that his offspring would groom each other. When their fathers were present, young baboons had weaker relationships with maternal half-siblings than those without fathers.

"The presence of a father in a group facilitates the development of strong social bonds among his offspring," Lynch stated. "This recognition may be driven through familiarity with a shared father or through some form of phenotype matching," the researchers stated. The research appears in Journal of Behavioral Ecology and Sociobiology.