Pati, Patni and their woes

Relationship experts are now counselling men-women along their partners outside the wedlock. 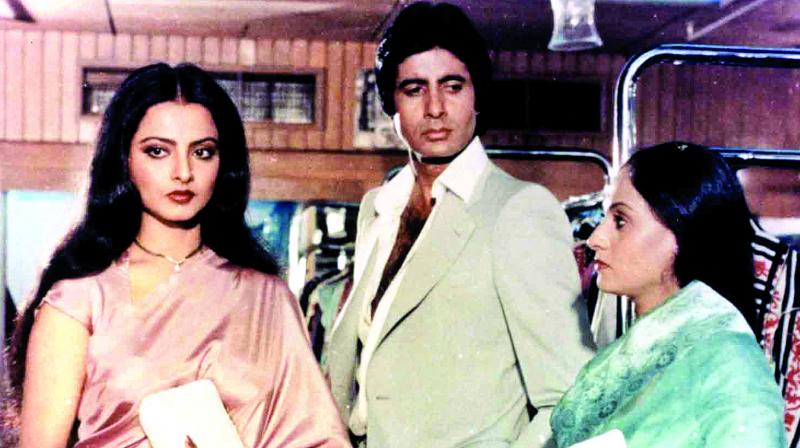 A still from the fim Silsila which, explores the dynamics of a love triangle.

In the office of marriage counsellor Dr Nisha Khanna, couples walking in their spouses is a normal sight. But, when Mr X, who is a regular at the clinic walked in one fine afternoon with not just his wife but also another woman in tow, heads turned. Accompanied by his girlfriend and wife, Mr X was seeking help for his relationship woes.

Couples visiting marriage counsellors to bridge the gaps in their relationship has been an usual trend, but relationship counsellors we spoke to suggest that there has been a steady rise in the numbers where partners also visit with their other half, who they are having an affair with, outside the wedlock. Mumbai-based relationship expert and counsellor, Dr Ranjan Bhonsle says this type of counselling works extremely well. “The person who is having an extra marital affair invariably can’t think straight and needs to be shown a perspective from the third person’s view. The success rates of such counselling sessions are also high because they finally reach a conclusion.”

How does it work, we wonder? “In the Indian context it is very difficult to have all three of them sitting together under one roof, but I have been getting cases where the wife comes in with her boyfriend and the husband with his girlfriend,” says Dr Seema Hingorrany. She elaborates, “I once had a case where the husband was having issues with his girlfriend and told me that the wife knows about their relationship. I was flabbergasted by his announcement and later called in the wife too. The wife said she knows about it and is fine with it since they have compatibility issues. When I asked the wife what will she do next, she said she will find someone for herself as well. They eventually ended up getting a divorce.”

There are times when the person with whom the extra marital affair is on is given false hopes and has been kept waiting since a long time and needs to finally resolve the issue. “As counsellors, we do not work on morals but the marriage and believe in finding out the reason why the partner has strayed. Is it the emotional stability or is it the physical need that has forced the person to venture out?” asks Dr Nisha.

A relationship cannot sail in two boats and having the third person involved only helps feels Dr Hingorrany. “When three people are in a relationship that has no future, the partner outside the marriage starts feeling insecure and has anxieties.

It won’t be advisable to have three of them in the same room sometimes because it would lead to fireworks and embarrassing revelations. The reason why these counselling sessions work is because there will be a final conclusion once and for all and the person will get a sense of clarity.”