The kids are all right

Dad and dad, mom and mom, or a single parent — it is all the same, as long as the parenting is wholesome and holistic. 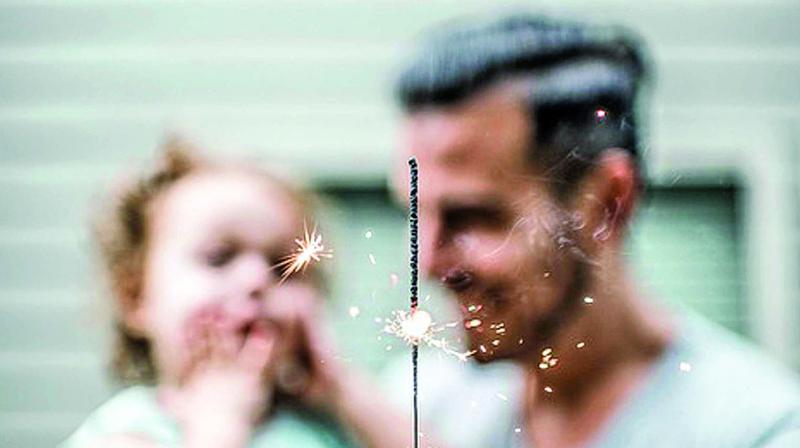 Nowadays, mothering is not seen as exclusive to the female gender, and some surveys have found that male parents can be just as nurturing and good to their children — playing both roles adroitly and better than two not-so-great parents.

‘Motherhood has no gender’ is a saying that happens to be a sign of modernity, breaking barrier, and the liberating tendencies that existed even in historical times but was shrouded in hypocrisy and shame. Today, gay men who are having children through surrogacy must play the roles of a committed mom and a responsible dad with dedication, not allowing their child to miss one parent. Nowadays, mothering is not seen as exclusive to the female gender, and some surveys have found that male parents can be just as nurturing and good to their children — playing both roles adroitly and better than two not-so-great parents.

Maybe the two-gender conventional-parent family is not necessarily the best way for a child to turn out fine, right? In these times perhaps we cannot afford to ignore the wins of one single, good, gay parent? Or two parents of the same gender? Does the absence of the other gender parent create a lacuna in the emotional and psychological makeup of the child as it grows up wondering why there is no mama/papa around like other classmates at school? Or perhaps grow up incomplete and missing out on a normal upbringing?

The Science Daily article by Wiley Blackwell clearly states that “Researchers found no evidence of gender-based parenting abilities, with the partial exception of lactation, noting that very little about the gender of the parent has significance for children’s psychological adjustment and social success.”

Does parenting by single-father households, gay male parents and lesbian parents cause kids to grow up too cosseted with attention? Too focussed by the circumstances, on the self, maybe pampered with an enhanced sense of entitlement from life or expectations from a parent ever willing to compensate for the lacuna?

There are enough variables on the eventual outcomes in the so-called conventional families even, so these newer permutations of parenthood are to be viewed over the future to see how things evolve. But for the present, we see the single parent as a conscientious being who endeavours, with grandparents or caretakers, to bring happiness into their own and the child’s life and hope for a rewarding life and future for them both — a life of greater contentment and fulfilment. He may not wish for a spouse but then may not want to miss out on the joys of being a parent, and in this age there is enough support, guidance and counselling for him to pull it off with the correct nurture to bring up a wholesome happy child if the process is navigated with great care.

I do feel that too many considerations need not deter anyone from the joys of parenthood. Like I said last time, it is after all the Age of Aquarius. Individuals — even if they do not belong to the LGBTQ community — do seek existence and meaning in a life untrammelled by matrimony. “Let’s live life now and take the future as it comes,” they seem to believe. The alternate community is in an existence where they are increasingly feeling more comfortable in their own preferences. Undoubtedly, it is more accepted in ‘modern’ urban societies, because that is where social change begins.

I am interestedly observing the process, almost first-hand, as my friend has favoured me as the godparent of the cute little bundle that the stork delivered to him. Sisters, close female friends, mothers, aunts are called in for support and guidance, and a single gay parent ‘mothering’ his child not only fulfils him but allows even his parents to have the joy of a grandchild if not a conventional daughter-in-law.