Man up on childbirth

In this age, it is smarter on a relationship to take joint responsibility not only towards raising a child but also bringing the child into the world. 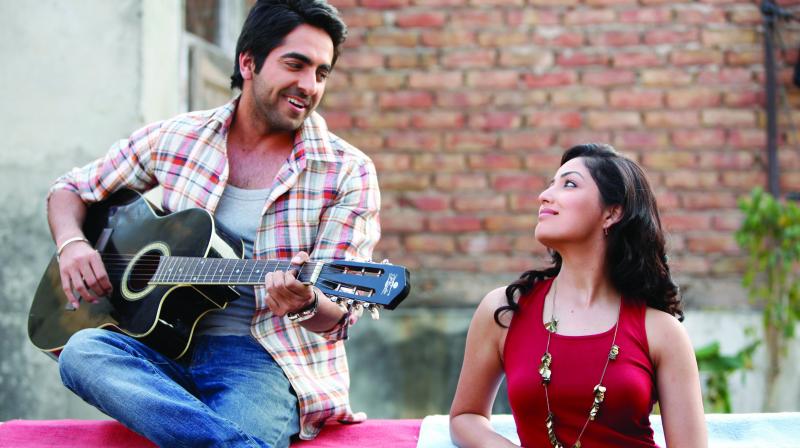 A still from Vicky Donor

Thanks to the patriarchal mindset, every time a couple cannot have a child, the blame seamlessly shifts to the woman. While men need to accept that they might be at fault, being supportive to your partner is the way to go forward.

In a section of our social world ensconced in comfortable familiarity, people who marry are sometimes happy, may have an affair or two on the side, or get a divorce. There is also sadly the ugly side of abuse and discord. We are familiar enough with these scenarios. Couples have children, or they may not. That’s the spectrum of life we see around.

The other day however, I came across a revelation of a situation that I thought had gone out, more or less with ‘sati’! At least it’s not visible among the educated, cosmopolitan, modern young married couples.

This young lady I speak of belongs to an influential, aristocratic family. She is attractive and a la mode in dress and demeanour, moves in swish circles across India and foreign shores, drives in a chauffeur-driven limousine. She’s friendly, bubbly and easy going, and the other day while driving back from a dinner together I wondered aloud why she had left her husband! “I did not leave him, he left me.” she revealed. I was speechless. Why would anyone leave this lovely being? Here she was, so artlessly candid and defenceless about it all. Whatever could have prompted a man to leave a wife of some eight years?

“We weren’t having a child and he put the entire onus entirely on me, regardless of the doctor’s clearance of my ability to have a child. He never did go to a doctor, he just went away on a path paved with accusations, blame, abuse and allegation of crude names for a barren woman.” She continued, “We used to have happy marriage until these complications crept in.” I was bewildered. “But gynaecologists solve these issues so easily these days? We’re living in a modern world not in some backward small town of a dinosaur society?”I exclaimed. “Everything can be solved if there is a degree of equal responsibility and communication at every level. But what was unsurmountable was his male ego! In his equally aristocratic background, the macho manhood is a banner he will not let down. He spread the misinformation in our circles, that it was me who was to ‘blame’ and he wanted children at any cost. And his family supported him. In fact, they even sympathized with him,” she said. What a tragedy of errors, I was left thinking. When will the outlook of men in our country ever change?

She had told me that it happens, and she is not the only victim. It just gets submerged and brushed under the carpet to avoid shame, blame and speculative gossip, and to keep up society appearances!

And as if to corroborate all this that I am having trouble believing, a recent issue of Newsweek magazine comes my way on aspects of this fertility issue. The scene is now from the US! Strangely, the scenario duplicates my friend’s experience. Even in the US, not being able to conceive a child is seen entirely as a woman’s responsibility whereas in these problematic fertility cases — surveys show 40% of the time a man may be the deficient factor. And in western countries more often than not the man refuses to see a doctor and his machismo leads him to believe that the entire blame lies with the female in the relationship. He will not see a doctor, even the suggestion is an affront to his manhood! He does not want to know or face that it might be him, and his frustration and ‘humiliation’ vents out at the woman. Discord, disharmony, divorce — all so unnecessary in the modern world where the answers are so accessible and approachable. It is a medical feature that happens and it’s not the man’s personal fault either. So many external factors may be responsible like pollution, exposure to plastics and whatnot.

It is an easily addressed issue, so when you want a child, head to a gynaecologist together. In this age, it is smarter on a relationship to take joint responsibility not only towards raising a child but also bringing the child into the world. Put aside whose fault it is! Once the baby comes gurgling into your life, the fountain of joy and love that springs into your life makes all else irrelevant and forgotten and creates that photograph of mommy, daddy and adorable babe in arms — happiness restored forever.