Each relationship is different and has its own route and destiny. and a comparison with a so-called ‘ideal’ format is non-relevant. 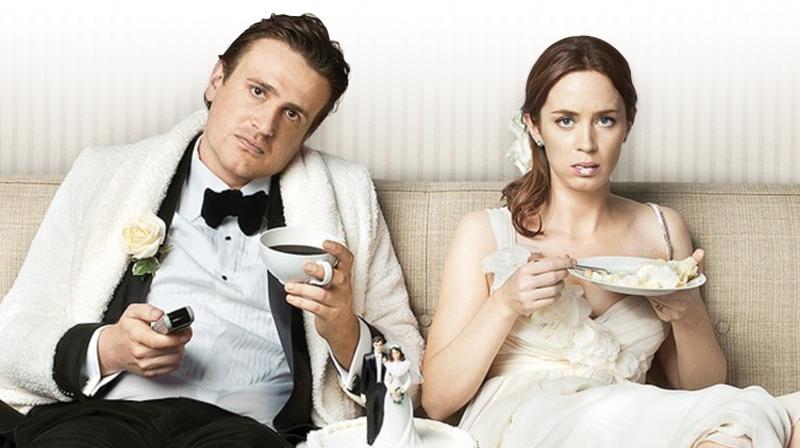 Still from The Five-Year Engagement

The ‘happily ever after’ doesn’t come on a bed of roses. It’s more of a ride through a lot of bumpy, stony, potholed paths. We all know that if you’re sure you want to be with someone in life then you have to deal with situations that may not always be the lovey-dovey, coochie-cooing ideal that exists in most newlyweds’ picture perfect idea of happily-ever-after. The reality is that there are a whole lot of love combos in relationships.

At a swanky sangeet, we were all enjoying ourselves when Sherylann somewhat overdid the merrymaking and was swaying and speaking in somewhat louder tones, to friends in general. I gave a sideways glance at her husband to see his reaction, and sure enough, he was looking uncomfortable, to say the least. He gently took her by the arm and announced to the company around: “I think, it’s time we pushed off, honey. Early morning tomorrow, uh Sherry?” What followed silenced all. Pushing him away, she went into a screaming spree. Her husband maintained a dignified silence and tried to move her toward the exit. But was Sherylann done? No! She blasted a tirade at him in front of all of us: “Who do you think you are? You are no one without me! It’s me all the way. I am the one people want at parties and dinners. You are a nobody.”

This episode set me thinking. Are they heading for a separation? But the buzz at the party after the couple left indicated that they have these spats every now and then — often within the four walls of their home and often outside of it. I was baffled. The amazement is that in their own quizzical way, they seemed to want, need and even love one another.

Not everyone is reasonable all the time in a relationship. A friend at that same party commented: “If my wife had said all those things, especially in public, I would not wake up with her the next morning.”

A worldly-wise gentleman interjected and said, “Well, let’s not draw hasty conclusions here. A relationship can have a wide variety of permutations and combinations. Not every man and woman, even those who squabble a lot, may be heading for divorce lawyers!’

What I gleaned from the opinions aired was that a man-woman relationship is about individuals — about each couple making their journey in their own lane. Opinions, diktats, third person judgments fall by the side because each relationship is an individual thing and a comparison with an ‘ideal’ format is non-relevant.

Rather than escalating the issue, it is always better to walk out of a heated situation and revisit when the temperament is more equanimous.

The important operative is that partners have to overlook issues and move on, taking things with a pinch of salt. The words ‘overlook’, ‘let go’, ‘forgive’, ‘understand’ are significant in a long innings. You love, want and need your partner, so you should muster up an understanding that there will be tough times and difficult areas.

If you’ve decided to spend your life with someone, a large forgiving, empathetic heart might bring a great deal of enrichment to life.