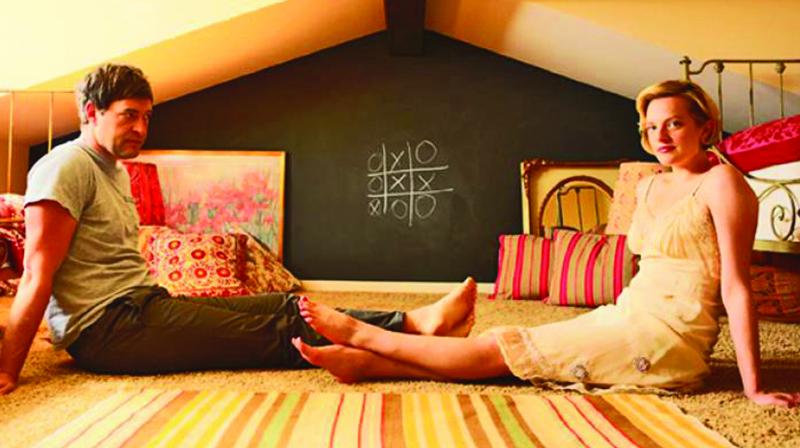 Still from The One I Love.

Just recently, I stumbled onto an Instagram post by a cousin and a close friend that talked about that the concept of separate bedrooms for married couples or partners who live together and how it  was one of the  best relationship bending route that shatters taboos and ‘works wonders for intimacy and sanity’.

However, I am mixed in my views about this growing trend. The post further spoke about how it also allowed spaces for hobbies, privacy, etc. My first reaction on reading this was that the entire day, most couples engage in their own thing anyway and that the bonding often times happens only during the night so... how does it work? Intimate time together in a ‘cocoon’ like space cut off from the rest of the universe to grow your relationship is time bound in the busy schedules a couple normally keeps. So one has the entire day to pursue a hobby or a preoccupation in a den or an office while staying away from each other. On further reflection, I began to realise that not all individuals are the same and couples can begin to get on to one another’s nerves after their initial romance. Maybe some individuals are better with each other in small doses, right? Would some distance help the kind of relationship that has begun to see the ravage of long-term taking for granted?

As I spoke to couples, I began to see that different body thermostats also could become a serious issue in a marriage. I know of a childhood friend whose marriage fell apart because he wanted the room chilled with the air-conditioner and his wife couldn’t bear the cold, which had led to bitter battles. Differing body clocks is also a big issue with a husband wanting to see the match late into the night or the wife addicted to her sitcom. But does all this mean that couples lose the ability to adapt and grow together into a unit that morphs and adapts ‘into one’? Is it archaic to me to expect love to conquer all and be the uniting force?

Families used to live together but now you hardly come across joint setups. But will this further extend to couples fragmenting and marriage becoming an institution about two independent-minded adults asserting rights and brandishing prenups at the drop of a pin? Changed values have diminished joint families and married couples often communicate in short notes matter-of-factly ways and many even place careers over having a child. Or worse singledom over marriage. Not because they wish to but because it’s more ‘convenient’. So how far will this convenience thing go? Will it finally arrive at separate homes? There is no end to the convenience lure.

In my book, with relationships, the best is the old-fashioned way of making things work with love, meeting halfway and adjusting timings, temperatures, hobbies and enjoying the journey by savouring the time and space spent together. Or else the wedge grows bigger and wider. And yet the National Association of Homebuilders in the USA predicted that dual master bedrooms could become the new norm in custom-built homes.
Doesn’t this paint a rather pessimistic picture, reinforced by a changing psychology that’s more about ‘me’, ‘e-mail’ and ‘myself’? Somewhere in all this ‘advanced living’, we seem to be defeating the joys of existence. Personal contact, warmth of unscheduled interactions, touch… the human feel!

It’s a paradox. I think that while we want loving, caring, sharing relationships, yet maybe we are not prepared to extend these qualities ourselves in this ‘me myself and I’ trend that is taking over the world. The answer lies of course in realising that it is not only about sex and intimacy but about the warmth and caring that grows with sleeping together, hugs, caresses, adapting and sharing a space.