Feeling of being used

A woman’s actions must resonate with what she wants from her own life. She needs to be clear of her expectations from an association. 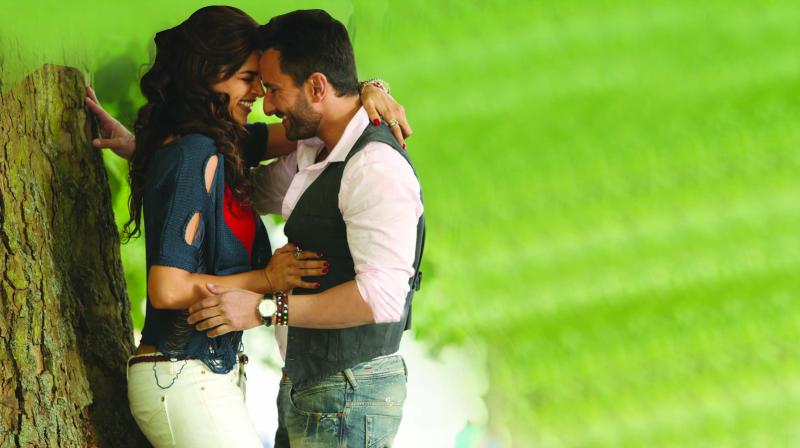 When a woman partners in sex, she still feels that she is offering the man the  ‘jewel in the crown’ and thus wants more from him. Men, however, think differently.

I met a girl at Sophie’s birthday. Attractive, but a bit unsteady on her feet with the one too many she had. She felt the need to confide. “I feel used” she said and added, “Men meet me, are attracted to me, sleep with me, and next morning don’t remember my name even. Where are the good men?”

She looked disillusioned. My first reaction to myself was, “Is she dim-witted? Surely she knows the answers.” I  stridently tell her (in my own head), “Speaking of good men, how about being a good girl?” It makes me wonder why this PYT and many like her lament on a situation that is illustrated by the simple maxim — consequences follow actions.

Putting aside judgement and avoiding preaching, I’ve  been wondering at the psychology that brings this girl to literally hop into bed with some mere acquaintance. It reminds me of the time I was in Los Angeles pursuing my education. My ‘friend’ whom I went on to later get engaged to, made visits out there. He missed me sorely and so did I. At a stage, the ‘question’ arose. Convent educated, I rang up my mother in India, stating grandly, “I am 18 and old enough to have an affair.” The answer came, “Yes, you are also old enough to take care of the consequences.” Those words have helped me take better decisions about many things all my life.

But as I said, I don’t wish to be judgemental. Who knows what demons one lives with? It is indeed a very lonely world out there. An arm around the shoulder in bed is comforting to the deepest Freudian levels. But wouldn’t you agree that it is a big bad city and if there’s plenty of alcohol and amenable persons circulating, inhibitions too fly away giving one the feeling of belonging and being part of a ‘gang’.

And yet most often the man puts on a tie and goes about his business the next day while the woman sometimes makes her morning coffee salty with tears. But if they both gravitate together to the evening’s finale, why is one feeling victimised in this day and age? Perhaps because human beings and their emotions don’t change as fast as technology does?

Although times have become liberal, I think vestiges of Victorian mindset in women are still deeply embedded. When a woman partners in sex, she still feels that she is offering the man the  ‘jewel in the crown’ and thus has emotional or other expectations from him. However, a man’s outlook might be different and my sympathies are with the woman.

The bottom line is, a woman’s actions must resonate with what she wants from her own life. With so much behavioural freedom around, there is also a lot of naiveté, ignorance, yielding to impulses, loosening of inhibitions, or being taken advantage of (by either the man or the woman) and we are not even going the nymphomania way. The need of the hour is  education in schools and colleges when hormones need compelling channelisation. It’s important for the girl to understand herself. She needs to be clear of her expectations from an association.

Even though Julia Robert’s Vivian is a social sex worker in the movie Pretty Woman, she does not sell herself short. She has dignity and tells Richard Gere where he gets off. At the end when he offers her a car, home and money, she clearly states “I want more. I want the whole thing” alluding of course to marriage and the frills of a ‘happy ever after’. She walks out, rejecting the half-baked offer with sheer conviction and strength of character. He does recognise her value and gives her the happy ending. She respects and values herself enough to want to move on, and for him to recognise her value too. If you don’t know your own worth and don’t have self-respect, why would anyone else have it for you?

The writer is a columnist, designer and brand consultant. Mail her at
nishajamvwal@gmail.com