A recent study shows that even perceived favouritism has a deeper effect on a parent-child relationship. 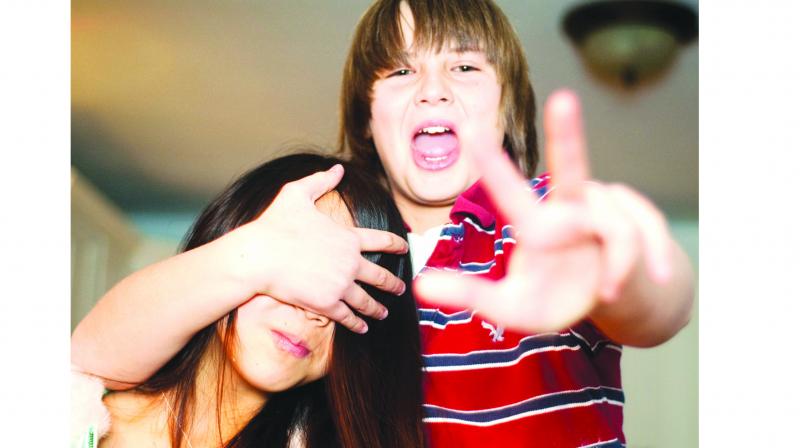 Children who have had strained relationships with their parents are unable to freely express their feelings.

It’s an age-old story that anyone who grew up with siblings can associate with. There are times in life when you start to feel like your brother or sister is more favoured by your parent. A recent study, conducted by Alex Jensen of Brigham Young University, has shown that there’s actually a deeper effect of even perceived favouritism on a parent-child relationship. According to the study, if the younger sibling feels like they’re the favourite kid, and the parents too agree, their relationship is strengthened. If not, it has the opposite effect on their relationship.

Life coach Khyati Birla believes that this feeling of favouritism between children can be boiled down to something called “goodness of fit”. She explains, “Despite the hierarchy of birth, a child whose personality is more compatible with its parents' has a goodness of fit and is generally more favoured. And parents who have a good fit with their child tend to get along better with him/her, due to a largely positive interaction. This causes favouritism.”

However, it doesn’t necessarily mean that parents tend to do this consciously. “Making kids feel like they’re not favoured could come in the form of telling the younger one to do as the older ones say. And for the older ones, it could be when they’re told to give up their favourite things to accommodate the younger ones,” explains life coach Chetna Mehrotra.

Khyati agrees. She says, “Parents can teach the older child how to love the younger one, how big the responsibility is, and how ready they perceive the older child to be prepared for such a responsibility, instead of treating it like a chore,” she says, adding, “I would advise parents to check the nurturing capacity of the older child before handing out the task of minding the younger child. Just because it’s the older kid, doesn’t mean he/she has the capacity to match your child-minding expectations. The older one too is still a child.” While the study was conducted on a family with teenagers, and aligns itself well with the feeling of growing up pains and angst, specialists warn that this feeling of disconnect with the parent could have a longer-lasting effect on the child, even after they’re adults.

“Most problems and traumas adults go through are due to childhood issues,” muses Chetna. “Children who have had strained relationships with their parents are unable to freely express their feelings. And these feelings come to the forefront when they grow up — and not in a positive way. Sometimes they may not know how to handle relationships with their friends, partners, or even colleagues. They’re mostly insecure of things and people. Which can lead to not just relationship troubles, but also violent experiences.”

Khyati sympathises with parents’ need to raise a perfect child, and be the perfect parent. But cautions against affecting the offspring by overburdening them. “In India, we say that God couldn’t be everywhere, so he created parents. We take that idea way too seriously and are filled with anxiety about doing our jobs properly. And this can obstruct the positive psychological development of the child. How about instead of believing that your child must grow up perfect, you believe that the child already is perfect and only needs to channel it in the right direction?” she asks.

Chetna smiles, adding it’s never too late to build bridges. “Being non-expressive means you are not communicating well with your siblings, which leaves issues unresolved. This can lead to cold wars between siblings, which can go on for a long time. It needs to be tackled with proper communication channels, so the pent up frustrations don’t take an ugly turn and eventually end up harming the relationships for good,” she advises.