The company instead demoted him and transferred him to Chennai. 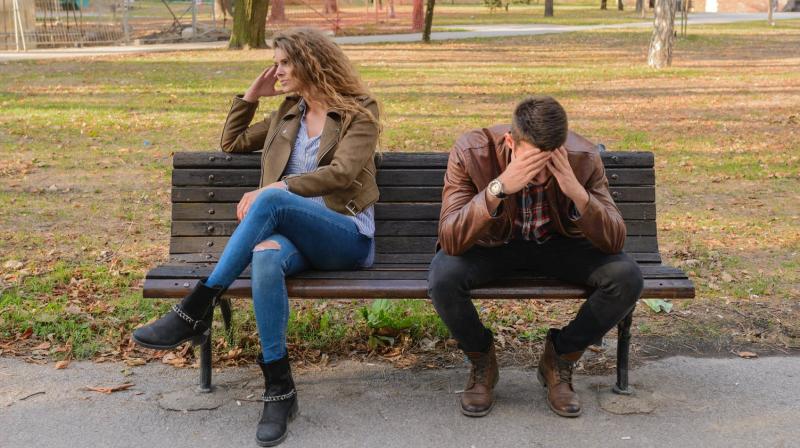 Somaskandan came to my clinic in a confused state of mind. His wife Preeti was tormenting him by comparing him unfavourably with other men. On top of it, she was refusing sex. His marital discord started after his career took a nosedive. He was employed in a reputed company in Mumbai. A careless mistake nearly cost him his job. The company instead demoted him and transferred him to Chennai. Gone were the posh flat and a fat pay packet.

In a twist in the tale, Vinu joined Somaskandan's office as his new boss. The irony is both Preeti and Vinu belong to the same batch. From then on, the situation at home worsened for him. Preeti spoke about their college days and how handsome, smart and intelligent Vinu used to be. “She used to taunt me by comparing me with Vinu. From the time we came here on transfer, Preeti started detesting sex with me. After meeting Vinu, she stopped it altogether” said Somaskandan.

I asked him if he had discussed their problem with his wife. “No,” he said. Then I told him I would like to meet his wife. The moment I saw Preeti, I realised she was proud of her looks and took particular care of herself. I put the inevitable question to her: “Why are you refusing to have sex with your husband?”

She bit her well-manicured nails and hesitated to open up. Finally, she started talking. She said: “Doctor, how can I love a man who seems to show no interest in me? He leaves home in the morning and comes back late at night, drenched in sweat, his shirt soiled and face covered with a stubble. He would have his dinner and hit the bed. He wouldn't even ask how my day was. He was not always like this. He used to be loving when we were in Mumbai. It was the setback in his career that changed him. When a man comes home late in the night and is indifferent to his wife, won't any woman suspect there is someone else in his life?”

The next day, I called Somaskandan to my clinic and asked him why he was coming home late in the night. He said: “Preeti comes from a well-to-do family. To keep her in the style she is used to, I took up part-time jobs in the night after my pay dropped. I did it for Preeti's sake as I did not want her to lose any of her creature comforts.” I said: “You know what? Preeti suspects there is another woman in your life. Shouldn't you have taken her into confidence?” He nodded.

The next day I had an unexpected visitor, Vinu. He had a strange tale to tell. “I loved Preeti in my college days, but she rejected my advances. I never thought that one day I would come back to her life as the boss of her husband. After the office get-together, we met a few times and once even had lunch. I found her to be as attractive as she was in college. Not only that. She is showing interest in me. However, my conscience doesn't permit me to break up a home. What should I do?”

A month later, Somaskandan came to the clinic with a box of sweets and told me the misunderstanding between him and Preeti had been removed and they loved each other again. How did it happen? I found the answer when Vinu came calling.

He said Preeti called him home a few days after he last visited my clinic. When he went there, he found her alone. She took him around the house and finally to the bedroom. She said, “I spurned your love then. Now I am ready to submit myself to you. Take me.”

Vinu told her rather bluntly, “Preeti, you are not half as beautiful as my wife.” It came as a rude shock to her. He continued: “Moreover, you have underestimated your husband. He is much more intelligent and talented than me. He is due to get a promotion with attendant perks like a posh bungalow and an office car next week.”

Before leaving, he told her, “My wife was former Ms Madras”. Recalling that moment, Vinu told me: “I could see Preeti sobbing in her bed. I left her to her sorrow. Doctor, your plan has worked. Now, she respects and loves her husband.”

The root cause of the discord was the communication gap. Somas lacked the confidence to bounce back after the setback in his career. Nor could he share his problems with his wife. Because of the inferiority complex, he became jealous of Vinu. This widened the gap between him and his wife. Preeti thought the grass was greener on the other side and sought love outside marriage. In the end, she had a reality check.

By the way, Vinu's wife is no pretty doll. She is polio-affected. Vinu, who was orphaned at a young age, was brought up by his uncle. As a token of gratitude, Vinu married his daughter. They are a happy couple.