Having older brothers increases likelihood of younger siblings being gay

Authors of the study say that the research is a major advance in understanding the origins of sexual orientation in men. 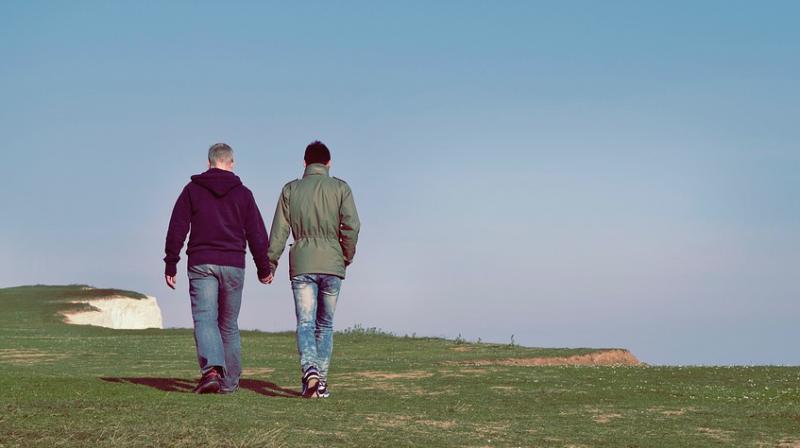 Authors of the study say that the research is a major advance in understanding the origins of sexual orientation in men.

According to a new study being the younger of two siblings could very possibly mean that the younger son would turn out gay. The research says that having a son triggers a physical reaction in mums, making it more likely that later boys will grow up to be gay.

The research further expands upon of the unexplained quirks of biology, the more older brothers a man has, the more likely he is to be gay.

According to scientists, having a male child triggers an immune reaction in the mother that can alter the brain of the growing baby.

The study that was conducted by Toronto University saw authors stress that several factors are involved in explaining sexuality – but say that the immune response helps to explain something that has long puzzled scientists.

Authors of the study say that the research is a major advance in understanding the origins of sexual orientation in men by providing support for a theorized but previously unexamined biological mechanism—a maternal immune response to a protein important in male foetal brain development.

They further add that research begins ‘to explain one of the most reliable correlates of male homosexuality: older brothers.’

The study further finds that while the chance of any male son being gay is estimated to be around 3 per cent, for someone who has three older brothers, the chance doubles to 6 per cent.

While girls have two X chromosomes – the genes that dictate a child’s biological sex, boys have an X and a Y chromosome.

And it is the ‘Y’ chromosome which creates the biological differences that make a child male that triggers an immune reaction in a mother.

In response to having a male child, the body reacts against the Y chromosome, and creates an antibody called anti-NLGN4Y.

After having a son, a woman builds up a large supply of the antibody, and this can affect the brain development in later male children.

However, the authors are careful to point out the link between the antibody and the brain structure is an association, but not proof.

The authors write that they suspect ‘some mothers develop antibodies against a Y-linked protein important in male brain development and add that this effect becomes increasingly likely with each male gestation, altering brain structures underlying sexual orientation in their later-born sons.’

They further write that after statistically controlling for number of pregnancies, mothers of gay sons, particularly those with older brothers, had significantly higher anti-NLGN4Y levels than did the control samples of women, including mothers of heterosexual sons.

The authors say that their findings ‘suggest an association between a maternal immune response to NLGN4Y and subsequent sexual orientation in male offspring.