Life is a not a rule book

Inspired by the book 365 positions for 365 days, Aamir decided to take advantage of the sumptuous springs in his bed. 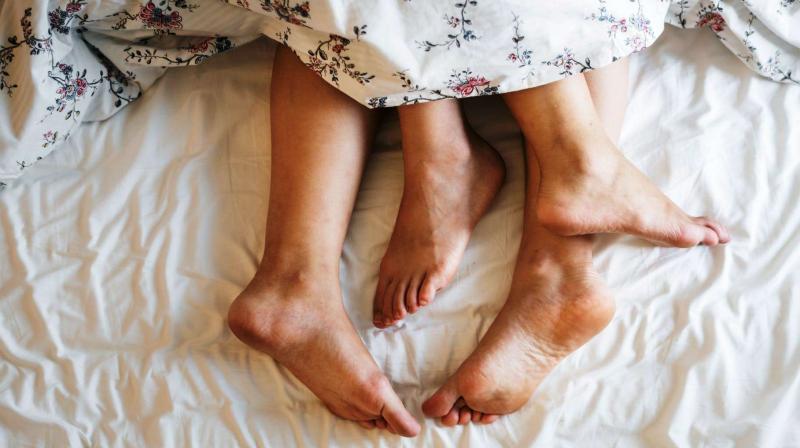 A book may boast of a million positions, but technically not all of them maybe practical. One has to exercise wisdom to gauge that. (Photo: Representational/Pexels)

Aamir was getting bored with his sex life.  He consulted a doctor online, who suggested a little innovativeness to spice up.  With all enthusiasm he bought a self help book which depicted various coital postures.

Inspired by the book 365 positions for 365 days, Aamir decided to take advantage of the sumptuous springs in his bed.

God knows how this was humanly possible but, if what this very adventurous man said was to be believed, he entered his wife, standing on the bed and as she had her legs straddled around him, he jumped like one would on a trampoline and attempted to flip over in that position.

There are others who have tried to retarded ejaculation-enact Mission Impossible-III and Matrix in their bedrooms with collateral damage! It’s true what they say about life being a motion picture and a circus. Positions are an important ingredients of sex. They are excitement boosters. No doubt about that. And it does help to kill the monotony by trying out different positions once in a while provided both the partners are comfortable with it.  While there is no harm in trying something new, one has to keep in mind what is actually feasible in reality. A Tom Cruise or a Keanu Reeves stunt on screen ought not to translate into real life.  A broken pelvis is tougher to live with.

A book may boast of a million positions, but technically not all of them maybe practical.  One has to exercise wisdom to gauge that. Another important point to remember is that positions alone are not responsible for pleasure during sex,.  They are just the add-ons.  A man or a woman may prefer a particular position not necessarily because it maximizes their pleasure but because they are both comfortable with it.  There is no position that is superior to the other.

The ability to try out new, exciting positions will also depend on the physical fitness of the individuals.

By improving the muscle tone and the dexterity of the body especially in the pelvis, one can look at the odds of adventure. Aerobics is a great form of workout. It strengthens and makes the musculature more flexible.

Only a strong hip can withstand the rigors of the in and out movements.

For inspiration observe Prabhu Deva’s gyrating Jhatkas in the movies!

— The writer is a sexologist. Mail him at dr.narayana@deccanmail. com