Campaigning against Section 377 and standing up for LGBTQ rights, the dance-play Queen-Size was recently staged in the city. 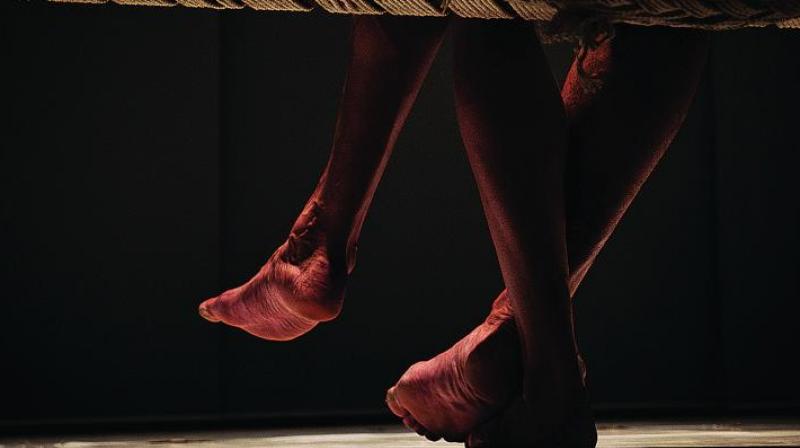 A still from the play from an earlier performance

Thanks to the archaic Section 377 of the Indian Penal Code, for the same sex partners, forget privacy, even love is a criminal act. Set around this theme, the play Queen-Size, was staged at Lamakaan, on Wednesday in collaboration with Queer Campus Hyderabad. Choreographed by Delhi-based, Mandeep Raikhy, the play showcases a carnal encounter between two male characters through a physically intimate dance.

Interestingly, the stage for the entire play is a charpoy, which along with the lighting used for the play makes the audience feel as though they are in the character’s bedroom.

Performed for the first time in May 2016, the two-and-a-half-hour long play allows the audience to enter, leave or to move around at any time.

About the concept, Mandeep says, “It started with an article by late filmmaker-activist Nishit Saran against Section 377, titled ‘Why My Bedroom Habits Are Your Business’. I, too, was working on similar causes and wanted to use dance around intimacy. That’s how Queen-Size happened.” He adds further, “The charpoy is an important part of the performance. It makes the private encounter between two people public.”

The play was performed by two Delhi-based actors Lalit Khatana and Parinay Mehra. Parinay says, “We rehearsed for around three months. I did not have any apprehensions but the difficult part was to get used to the structure of the piece which was established at the end. My approach was to treat the performance as just movements. The concept of meaning and relation comes later.”

Talking about if they faced any issues to stage the play, Lalit says, “In most places, the show was well received. The size of audience differed from city-to-city, but most of them appreciated the play. Some even stayed back to give their feedback.”

Some of the Hyderabad audience, however expected a little more from the play. “I liked the performance; but they could have included something about Section 377 too,” said Ankit an audience member. “The performers are doing a service to the country by showing what is universal. It’s something that we need to talk about,” said Vaishali Bisht.