Dads often have fun while mothers do housework: study

The study found that on days when couples were not working, men were relaxing while women did housework. 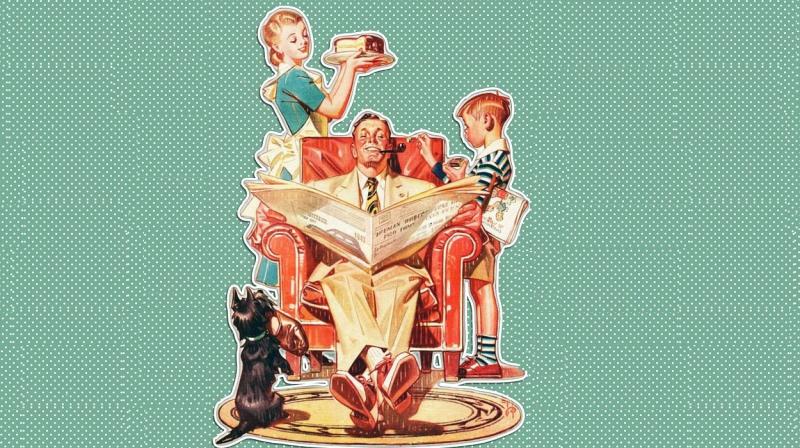 The study found that on days when couples were not working, men were relaxing while women did housework. (Photo: Pixabay)

Fathers are more likely to be relaxing while mothers do the housework or look after children on their off days even among highly educated, working couples, according to a study which shows that gender equity is still disappointing in the modern society.

The study found that three months after the birth of their first child, on days when couples were not working, men were most often relaxing while women did housework or child care.

In contrast, when men were taking care of the kids or working around the house, their partners were most often doing the same thing.

Women spent 46 to 49 minutes relaxing while men did child care or housework on their day off. However, men spent about twice that amount of time in leisure - about 101 minutes - while their partners did some kind of work.

"Its frustrating. Household tasks and child care are still not being shared equally, even among couples who we expected would have more egalitarian views of how to share parenting duties," said Claire Kamp Dush, associate professor at Ohio State University in the US.

The research, published in the journal Sex Roles, included 52 dual-earner couples who were having their first child.

The researchers asked the couples to complete their own time diaries for a workday and a non-workday during the third trimester of the womans pregnancy and about three months after the babys birth.

On workdays after the baby was born, the amount of time women and men spent doing housework and child care was more equal than on non-workdays, although women still did slightly more work, the results showed.

However, men made up for it on non-workdays, when the amount of time they spent in leisure activities actually doubled - from 47 to 101 minutes - between when their partner was pregnant and three months after the birth.

Kamp Dush said these highly educated couples where both parents have jobs would be the ones you would expect to have worked out equitable arrangements for sharing housework and child care.