Is your marriage going downhill? Read more to find out

It gets hard-going sometimes. A new study lists the four topmost reasons for parting ways. 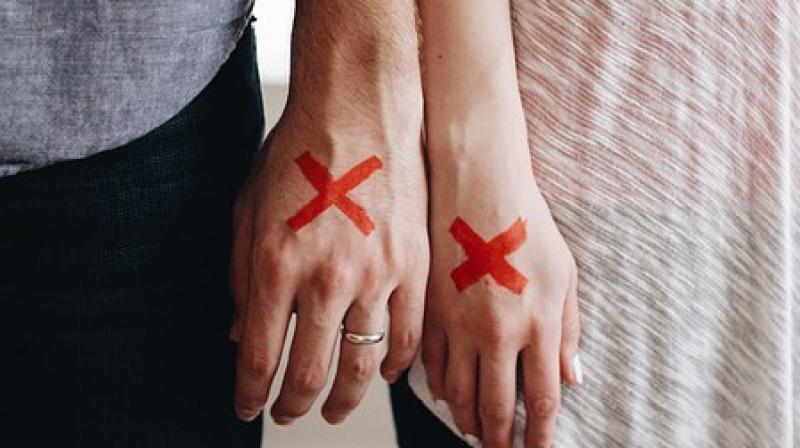 Falling out of love is a major cause of divorce. (Photo: Representational/Pixabay)

Dissolving marriage has become increasingly common today. When two people get hitched, they do so with the intention of staying together for a lifetime. No walks into this with even the slightest intention of going their separate ways. Still, circumstances can change, for better or for worse, and people may decide to seek divorce for a lot many reasons.

The reasons for detaching (with no scope for getting back together ever again), have become dynamic over time. A new study, on people who have recently sought divorce from their partners has been published in the Journal of Sex & Marital Therapy. The response group included 2,371 participants who were asked to select the most prominent reason for their decision to break their marriage. It brings the most common reasons for splitting up:

The topmost reason for parting ways was fading of love or intimacy between the spouses. 47 per cent of respondents cited that one of the two people involved in marriage had fallen out of love, which was a red flag to their commitment.

Communication issues were the second most common reason. 44 per cent of participants selected this option. Researchers stated that there could have been differences in communication style, or simply in the willingness to converse between spouses.

A lack in the sense of trust or sympathy came third amongst the reasons given by the participants. About 34 per cent of people felt that they were not being treated with the kind of respect they expected.

Differences in values or mutual interests formed the fourth reason, as opted by 32 per cent of the participants. The researchers explained that this could imply changes in what the spouses wanted to do in their lives, something that they had not gauged while heading to the altar.

This brings the researchers to conclude that there is more to the reasons for splitting up. There have been differences in the factors leading to people’s decisions. In the past years, they were guided by their spouse’s behaviour. Nowadays, it’s the different emotional and personal tendencies that lead them to part ways.

According to Health, we live in an age where personal satisfaction has taken a front seat and become a driving factor for most of our decisions. If the romance has gone astray or the partners are not on the same page, divorce seems to be a viable option.

So what are the flags that indicate that your relationship is in troubled waters? "If you're not happy, are being reactive or shorter with your partner, or notice significant changes in the relationship, pay attention—these could be red flags," says Rachel Needle, PsyD, co-director of Modern Sex Therapy Institutes in Florida. Needle points out that "being less affectionate, less kind to each other, spending less time together, stonewalling each other, or assuming the worst about your partner" could be other possible warnings.

Neddle emphasises that these problems can be avoided-"spend at least 10 minutes a day connecting," she says. "This doesn’t mean talking about work or the children, but instead it's about continuing to get to know each other, sharing feelings or experiences, or just being present."

Another suggestion is to schedule monthly check-ins with your spouse. "During your check-ins, you can discuss how you're feeling in the relationship, what you might need from your partner, and share things you appreciate about them." This is to retain the satisfaction and fulfilment in a marriage, which arises from listening to each other.