The term is no longer the opposite of Bimbo! This male is smart and intelligent but not cocky, soft-spoken and not brash 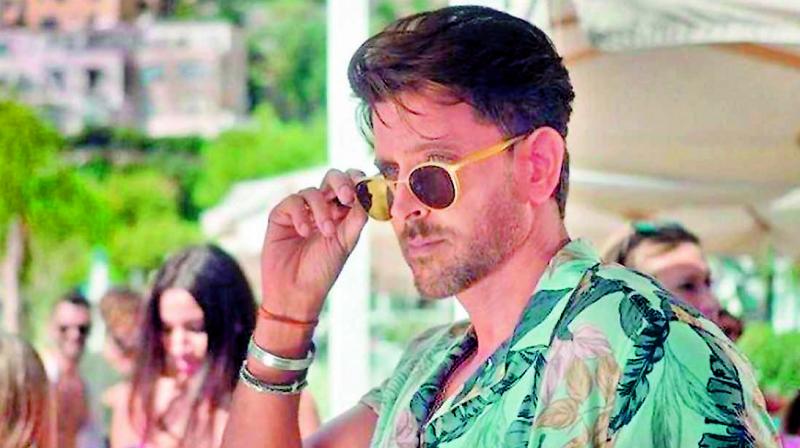 Bimbos can now take a break. Their male counterparts are the current toast of the season, though with a twist. The much-abused 80s word ‘Himbo’ has seen a revival in 2020, but has now acquired new layers of meaning.

The Los Angeles-based lifestyle and culture magazine Mel defines this year as the ‘Golden Age’ of the Himbo.

Coined by the highbrow Washington Post in 1988, the paper identified Arnold Schwarzenegger as the movie icon who choose “flex not sex” to illustrate this term.

The 21st century Himbo is, however, more in tune with his Emotional Quotient. This is a male who is smart but not cocky, who is soft-spoken and not brash. He not only looks good but is sweet-natured as well.

Bollywood actors Hrithik Roshan and Aditya Roy Kapoor would be the perfect examples. The term, which has caught the fancy of millennials, is trending on contemporary social media platforms like Tumblr and Twitter.

The female sex is fed up with stereotypes and wants a healthy mix of the right emotional ingredients.

“Over-intelligence is over-rated, nor do you want a dull dude. A fine balance that embodies a combination of brain, brawn and sensitivity works best,” asserts Beena Patre, interior designer-cum-businesswoman.

Entertainer Shekhar Vijayan conjures up images of the iconic Moose Mason from the Archie comics, the character with a well-built body that conceals a tender heart.

“Sensitivity always trumps cerebral prowess. A woman is attracted to a man who is sensitive to her needs. Any man who is confident about his capabilities will never feel the need to brag about his intellect,” he points out.

The new age ‘Himbo’ is being cleverly marketed as a sought-after tag. As per The Guardian, this breed is defined as “the hunky but not egotistical hottie, typified by Channing Tatum in Magic Mike or Keanu Reeves in Bill and Ted Face the Music.”

In India, Perhaps Tiger Shroff who is set to flaunt his ripped biceps in Heropanti 2 embodies this concept best. Or Varun Dhawan, who may not be the typical tall, hunky male, but has nevertheless earned himself a loyal female fan following.  His USP lies in his well-bred demeanour.

“I think in today’s times, humility and a more casual, effortless approach to life among men are always well-received traits as opposed to being over-smart and over-intellectual,” says Riaan George, Mumbai-Colombo-based lifestyle journalist and content creator.

A firm “No” to toxic males

With modern women leading stressful work lives, the Himbo is a perfect distraction arm candy with above average IQ. Like Aditya Roy Kapoor, who is charming, genial and ideal Himbo material. Someone you can hang out with for drinks after a hard day at work. He may not challenge your intellect but can provide much-needed companionship.

“The older woman may not be looking for a life partner or a love affair. She is sufficient unto herself and needs no security blanket to keep her emotionally safe. She will equate a strong set of biceps and washboard abs with a good partner, creating no lasting bond,” says image consultant Prasad Bidapa.

Women are no longer willing to tolerate toxic males who test your patience with their mind games, when all you crave is warmth. That’s why Salman Khan, despite his rippling biceps, is not the kind of Himbo an evolved woman seeks. Unfortunately, his chequered history of allegedly abusing his woman classifies him as a toxic male.

“Toxic masculinity is a no go. In general, kindness and respect rules the charts; it’s about sugar and spice and all things nice maybe. Having said that, I don’t foresee the ‘know it all’ dude selling himself short,” adds Beena.