Life   Relationship  08 Jun 2020  Matters of the mind: Of anxiety and depression amid a pandemic
Life, Relationship

Matters of the mind: Of anxiety and depression amid a pandemic

Bengaluru-based photographer Arjun Kamath tries to capture the unspoken fears and anxiety issues through his photo essay The Anxiety Series. 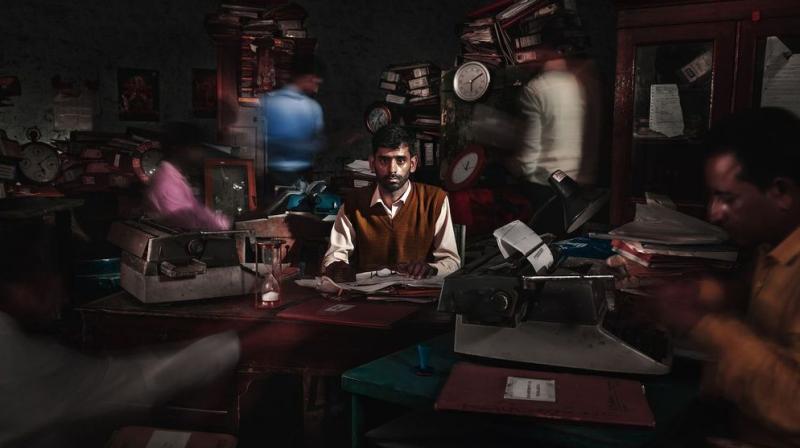 The Coronavirus pandemic has stirred death, destruction and upheaval across the world. Not to forget the emotional and mental mayhem Covid-19 has caused to millions of people, especially those living with an anxiety disorder.

A lot of people brush it off saying “anxiety” is nothing but just a “phase” or “overthinking”. As a result many people continue to suffer silently without any help. How does one explain the pain, misery, uncertainty, fear or feeling of helplessness and hopelessness that one is going through in these testing times?

They say a picture is worth a thousand words! And Bengaluru-based photographer-cum filmmaker Arjun Kamath has done just that.

He has tried to capture the unspoken fears and anxiety issues of people from all walks of life through his photo essay, The Anxiety Series.

“In India people avoid talking about anxiety and depression. The series coincides with the bleak state of our current world. Under lockdown, there has been a rise in unemployment along with a grave disruption in the normal lives of people across the country. Naturally, these factors have caused a spike in mental illnesses like anxiety and depression,” says Arjun.

For someone, who has been through the turmoil himself, Arjun has tried to weave in eight photo stories to show the viewer what anxiety looks like through his lens. “These photographs were shot before the Coronavirus pandemic but I firmly believe that right now, this subject needs to be discussed openly more than ever,” he adds.

It may be mentioned here that one in every seven persons in India is affected by mental disorder, according to a paper published by the Indian Council of Medical Research (ICMR) in Lancet Psychiatry in December 2019.

“The burden of mental disorders across the states of India: the Global Burden of Disease Study 1990-2017.”

The study was funded by the Bill and Melinda Gates Foundation and ICMR. Among the mental disorders that manifest during adulthood, the highest was caused by depressive and anxiety disorders, followed by schizophrenia and bipolar disorder.

According to the Indian Psychiatry Society, the number of mental health cases – including anxiety and depression – has risen 20 percent since the lockdown was first announced. Many doctors and counsellors feel that the Central and State government should treat mental health as a public health crisis.

The Anxiety Series is a painterly still photography series coalescing a vibrant and poignant fusion of art, poetry, and a social message on mental illness.

Shot in Bengaluru, the photo narrative revolves around the lives of eight male and female fictional characters. Both young and old, these characters are drawn from different social classes and are shown to be afflicted with anxiety caused due to several conditions like work loneliness, isolation, exhaustion, bullying, Post-traumatic stress disorder (PTSD), and more.

You may wonder, “If anxiety were tangible, what would it look like?” These pictures reveal the answer to that question, aptly dragging the viewer inside the labyrinths of the victims’ minds.

During our telephonic conversation, Arjun mentions that many people were eager to be associated with the anxiety series. “Actor Shweta Tripathi flew down from Mumbai to Bengaluru, especially for the shoot,” he recalls. According to Arjun, who has 11 years of experience in photography and filmmaking, the series is an attempt to create awareness about anxiety and depression. “We need to empathise with those going through anxiety issues and help them as a society,” he says.