We enable ourselves to tweak those minor or sometimes major issues that can come in the way of a relationship with much less friction. 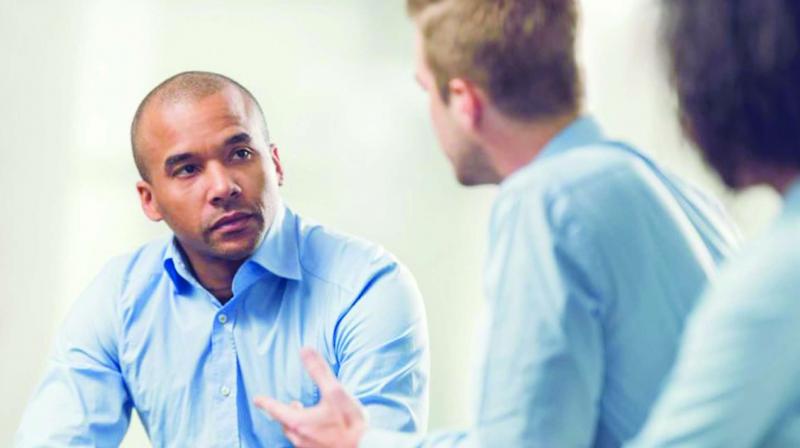 A judgementally inclined individual is one who has formed a conclusion before even a discussion or subsequent analysis is closing doors and not allowing positivity.

Last evening I’d attended a spectacular dinner hosted for me when I noticed the hostess putting away stray handbags thrown around her living room, left by various guests haphazardly all over her impeccable decor. I was reminded of myself when entertaining feeling a sense of chagrin at guests doing the same thing. And here I was guilty of this too. How easily we rush to judgment of others and here we are, looking at our own selves from the outside being so lax in the same situation when on the outside.

This ofcourse is just a very tiny insight into life in its bigger picture. About being judgmental and making sweeping statements about our people when infact we are often guilty of making similar mistakes.  But then being judgmental is the other side of introspection and it is infact introspection that makes for beautiful relationships. When we delve within ourselves and scrutinise our own foibles we become empowered to change and that is an absolute winner in all our relationships.

We enable ourselves to tweak those minor or sometimes major issues that can come in the way of a relationship with much less friction.

In Imtiaz Ali’s Jab We Met a stray meeting with Kareena Kapoor gives Shahid the ability to glance at himself in the metaphorical mirror where he sees his issues and makes for monumental life changes with his ability to change his outlook. His experience on a train where he is nearly suicidal allows him to take a spotlight to his own life and he stops judging his mother who had run away with a younger man. He is then able to take that viewfinder to his own life and make the changes to himself than judging his mother.

A change of attitude can actually make lighter of our own lives because there is an unimaginable lightness in our own lives when we stop judging others but instead begin by changing our own outlook to life’s troughs.

Keeping an open mind while holding on to your own thoughts and philosophies is a smarter way of dealing with friends and retaining your influence upon your peer group. To hear the other side, to converse than argue, to evaluate rather than judge is definitely the path of successful relationships. A critical bent in any conversation can be a killer to exploring different viewpoints because you are already jumping to conclusions before giving a chance to hear and evaluate another point of view.

A judgementally inclined individual is one who has  formed a conclusion before even a discussion or subsequent analysis is closing doors and also not allowing a flow of positive thought. So the intelligent way in almost any relationship is to allow for an open mind, an ability to hear and share and the desire to make a conversation win win for all participants. You come out enriched and enhanced in viewpoint. And Ofcourse your relationships only gain strength and longevity.