Having said that, I still feel that certain considerations make for better life choices in the long run. 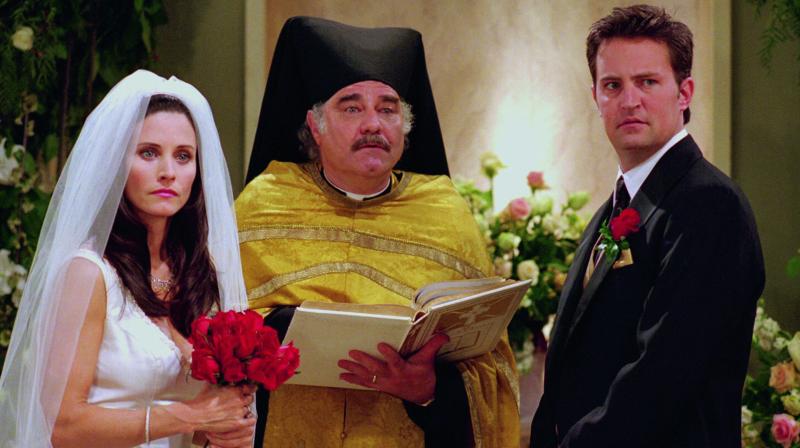 A still from the sitcom Friends

A friend asked me recently about the scenario of two in love, where one is persistent about marriage, and the other shies away. Not uncommon, isn’t it? They drift apart, only to realise that they had it good, and no one else measures up to their love story. What do I see as a follow-up, my friend wants to know.

Ideally I see them come back with renewed recognition of their love — a happy ending. On the other hand, too much water has flowed under the bridge and a gap may have come about that even time can’t bridge. In either case, love apart, one partner cannot psychologically acquiesce to commitment. What does the other one do?

While both the partners were equally compatible and happy in their relationship, yet, when the subject of marriage came up, one clams up. In most cases, it is the male counterpart who freezes. For him, everything is going so smooth that he dosen’t want to precipitate matters and “spoil things”. He is terrified of the institution — with those marriage jokes and snide comments about marriage that abound, yet he loves her, misses her and wants the comfort of his relationship.

Love is a very strong magnet, it gives life meaning and vibrance, and often life without the beloved is unthinkable. Love can be sturdy, but so can the need for children, a socially respectable partnership and a need for a conventional life story. I’ve seen and known some situations very similar to the one my friend cited. What scares the person is a choice between a stone and a hard place, as they say.

Every person is unique, just like their fingerprints, no two may be the same. Thus, the outcome of their choices may also be beyond general predictable platitudes.

Having said that, I still feel that certain considerations make for better life choices in the long run. We all know of instances of much persuasion by one partner who wants to get married. But for my ken, more often the pressure has brought about an unfortunate change. In one case even divorce. He just wasn’t able to ‘settle down’. The ‘happy’ more often begins to go missing and one starts wondering — was it not true love? About love, one can only say, yes, it’s true while the two partners believe it to be so at that time. It is known to grow, and even in the best of situations it can wane.

What does one do when the other wants to be officially together? If one partner does not like the idea of marriage, the other has to contemplate seriously on the future. At times persuasion might work wonders but not force the partner. It is better to let go and the chances are they will come around or else you might have just escaped a horrible married experience.

Marriage needs to be, and is by definition, a serious commitment on both sides. Better to put it on hold than go into it any which way and perhaps land up in grief involving complications — be it financial, family planning and maybe in-laws — not to mention a waste of some or more years, ending in acrimony or disappointment.

A beautiful soul loves unconditionally, gives without reason, cares without expectation, is a poet’s rendition, but maybe the poet is speaking of an angel. Human beings deserve to find happiness with their view of how they wish to live their own lives and sacrifice at some point might bring a regretful loss of fulfilment, even embitterment.

(The writer is a columnist, designer and brand consultant. Mail her at nishajamvwal@gmail.com)