Young, single men most like to tell lies: study

A young male with low education who engages in antisocial behaviour is more likely to be liar. 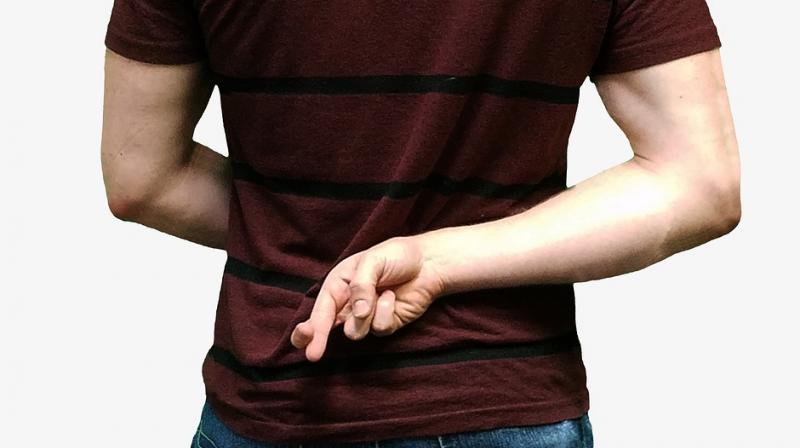 Researchers created a screening process to determine what other factors the big liars had in common to create likely groups. (Photo: Pixabay)

Melbourne: Young, unmarried men who have low levels of education and exhibit signs of road rage are likely to tell most lies, according to new research that showed how
to accurately pick a serial liar based on a few factors. In the study, researchers at Curtin University in Australia found that 13 per cent of people told 58 per cent of total lies.

Another likely group of 'big liars' was young, married women with low levels of education who managed to get a high income, according to the research. "So that might be women who have married into money," Arch Woodside from Curtin University told 'The Huffington Post Australia'. "Our aim was to find a 'recipe' of factors that could
determine nine times out of 10 whether you could screen for what you're looking for, in this case, a big liar," said Woodside.

Researchers tested combinations of factors like age, gender and education using a US survey from 1998 that took representative samples from every county. The quiz also asked lifestyle questions as well as others like 'how many times have you lied' but also 'have you ever given someone the finger in traffic'. Researchers used this data to create a screening process to determine what other factors the big liars had in common to create likely groups.

"What we found is actually takes about seven configuration ingredients to be sure you identify big liars," said Woodside. "For example a young male with low education is not
sufficient information to determine whether he's likely a big liar," he said. "But a young male with low education who engages in antisocial behaviour such as road rage, well by now you can be pretty sure he is," Woodside said.

The study also uncovered 21 per cent of people who tried to live their life without lying at all. They tended to be older women who were not married.