For a successful marriage, it is essential that both the partners help fulfil each other’s personal dreams and life goals. 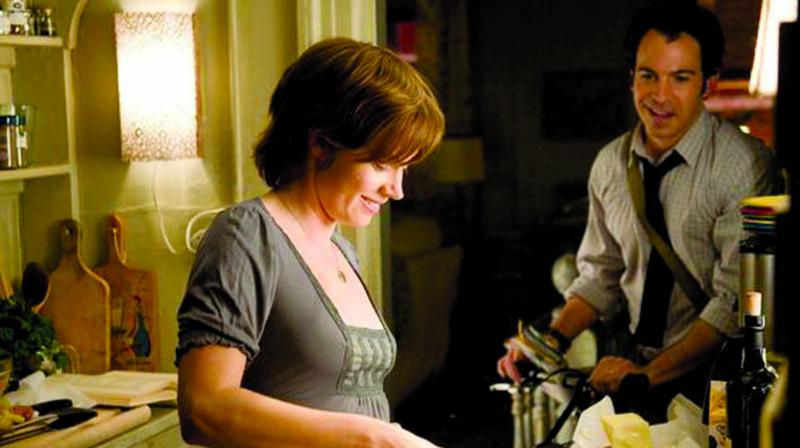 There are others who are mothers and home-makers but are coerced to go out to earn a living.

Zoya Akhtar makes a strong point in Dil Dhadakne Do where she speaks in Priyanka Chopra’s autocratic husband’s voice who claims imperiously “We are such a ‘liberal family’, she is successful because I ‘allowed’ her to work.” There are many women achievers who are our role models in industry, banks, corporates, science, medicine and more. Bravo for that! But India has among the lowest percentage of working women and that reflects in relationships and the choices women are ‘allowed’ to make.

One thinks of metros as progressive. Think of the many talented, even educated women still coerced to be stay-at-home wives and ‘look after the house and babies’ by conservative husbands, fathers and mothers. So what of the smaller towns?

There are others who are mothers and home-makers but are coerced to go out to earn a living. I could relate many stories of these women who fill Mumbai’s local trains from far out suburbs — they cook, clean, wash make tiffins and go out to earn, in the process, they end up working fourteen to fifteen hours a day. Does the man help? He laughingly tells you, “there is a division of labour — she makes the tea — I drink it!!”

The point is that freedom of choice is not allowed to these women. Their wishes, dreams and qualities are quashed by a heavily patriarchal society.

Even in the upper echelons, women achievers face palpable discrimination — their upward mobility is a struggle and a challenge at the workplace. They have to work thrice as hard to prove their worth — especially if their fields are seen as predominantly male bastions, such as the top or upper corporate posts. Diversity in the workplace is still far away. Do the men in their lives empathise?  Or do they overbearingly declare, “The home is your responsibility if you want to work make sure you run the house efficiently first!”

If women helped their own situation by being proactive, standing up for themselves, making opportunities, standing up to demand their rights,  and supported and helped each other, it would make the uphill journey easier. Men wouldn’t be allowed to ‘choose’ women like they were cattle at the auction in the marriage market.

I see there could be change and transformation if there is an education for boys and girls at formative levels in schools to develop a sense of respect and empathy for the other sex and learn about gender equality. It would be a big game changer to bring about equal choice for women and men in the marriage ‘market’. I also believe women should be more supportive of women and counsel each other. I strongly advocate a happy single status than a subjugated heavy hearted married status just because it was meant to be and end-all of one’s life. It’s just that one has to break free of the mental barriers and preformatted information we are hard-wired to believe,  and then there is a world of happiness out there as well as freedom of choice.

In a marriage, if educated women who wish to work or take up a productive career are encouraged, or are free to choose for themselves, it would increase the happiness quotient of a marriage. When a couple fulfils personal dreams they also fulfil each other. When a marriage or relationship is at the cost of each other’s freedom of fulfilling personal achievement or life goals it takes a toll on the relationship.  Economists tell us that our National GDP will be enhanced by a good one to one and a half per cent — a laudable contributing jump in a country like ours where we have world-class women leaders to do us proud.