Valuable lesson from the month gone by: propagating the idea of love regardless of gender and sexual orientation. 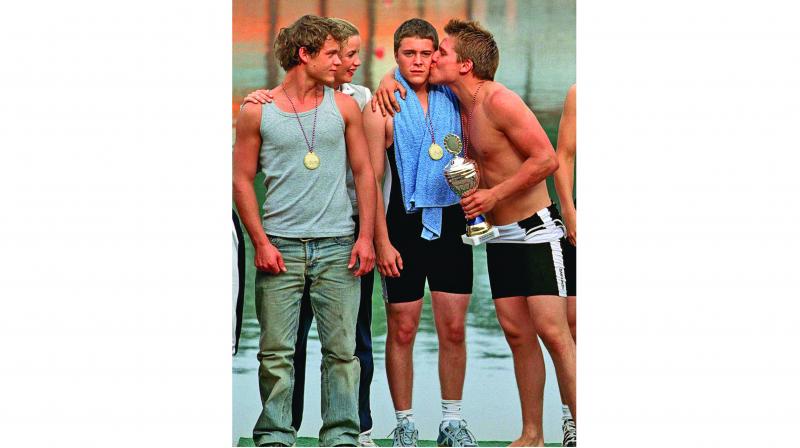 The month gone by was globally felicitated as pride month, when everyone comes together not to celebrate gays or bis or trans or other nomenclature but to celebrate love in its purest form. Unadulterated love isn’t a high, it’s a sense of calm. It’s the kind that transcends borders and divides, it can’t be segregated or classified for it is all-encompassing.

So people around the world gathered to propagate this idea of letting love be irrespective of what sex the two bodies feeling it belong to. The American Embassy in the capital was lit up in the rainbow shades all month. Sadly, the Rashtrapati Bhavan showed no such streak of solidarity. But hey, in the times we live in, when people get lynched on suspicion of what they may have had for lunch, or will have for dinner, when couples get bullied and publicly humiliated for holding hands when together, expecting the government to actually feel something real and contemporary is perhaps too much to ask.

Nevertheless, the #NotInMyName was a resounding success, and heartening to see that the world does care when people are killed for reasons that at best surmount to personal preference.

Meanwhile, airplanes have been in the news for an entirely different kind of terror. First, it was a couple that decided to get it on but didn’t feel the need to use the toilets like all decent mile high club members did; it would have ended well too if the bloke weren’t engaged and on his way to his bachelor’s party, a party (and state) that now we can only presume will last much longer than he may have originally planned for.

But at least in his case, the partner was consenting, for more recently, and locally, two chaps took their public display of affection too far when they had to be arrested in isolated and unrelated incidents for public indecency at 30,000 ft. I don’t know whether it was the cabin pressure or something about eating stale airline food that aroused them to the point that they just had to slip off their trousers and shake one out with the seat belts still on (talk about using protection). Not only that but the fact that they felt the need to let the object of their lust become aware of their actions is so gross a notion that it escapes all logic and explanation. They don’t need help, they are beyond that stage of resuscitation. Maybe we need to revive public stoning and no I am not talking about a weed-fest.

All in all, the month may be over, but the cause it represented shouldn’t be forgotten. Nor should we forget the essence of etiquette and how at one time we men didn’t dare call a lady by her first name, make eye contact unless we knew her familiarly, and laid our coats for them to walk over lest they dirty their shoes and dresses. We have come a long way since and not in a half good way sadly. Sometimes, it honestly feels that we as a nation aren’t just making or writing history, we are living in it.