Even those in the happiest of relationships need to work at self-reliance and equip themselves with survival lessons. 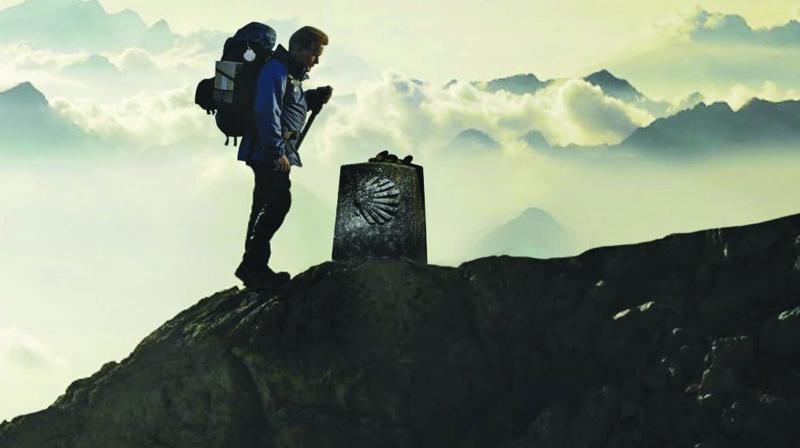 A still from The Way

My young friend Annie recently went through the indescribable trauma of losing her equally young husband all of a sudden. No warning signs, no illness visible — one minute he was there and the next instance gone! That’s life some say, but she was devastated beyond words. As if this was not enough, when she went for the death certificate, the person in authority blatantly demanded a sum of six thousand, which he displayed on his cell screen to show her the bribe amount he would need to process her legitimate right and a normal government procedure. Nothing out of the way. And again, so they say — in India that’s life.

But my story is about the woes and tribulations that grieving young people have to encounter when they don’t equip themselves with survival lessons. So engrossed are they in the love and romance of the relationship, that they don’t work at self-reliance, not realising the importance of making oneself autonomous and independent, about understanding life is uncertain and that tomorrow may not be the happy, irresponsible, carefree, merry-go-round it was. There could be divorce, death or some natural disaster. Life springs surprises and sometimes they are not pleasant. However much one procrastinates or does not want to face harsh realities of security, money and awareness, it is imperative to sit down and learn the ropes of one’s finances and investments with one’s better half. That is real carefree existence and bonding.

Coming back to my friend Annie, both partners being young and career involved, they had never thought to involve each other in financial aspects. He being more financially savvy handled the finances, investments, insurance. There was significant investment in mutual funds, shares, insurances. Where would she start? Where were the papers kept? What were the passwords?  Three bank accounts, fixed deposits, an amount set aside for a home they were planning. Where were receipts? There just had never seemed need to meddle or know. He’d been efficient and somewhat dismissive about these things, and she had her work cut out. What with the baby, career, running the house, grappling with kindergarten admissions.

This bolt from the blue threw her into a panic, Everything around her seemed to be tumbling upon her head and she was clueless about so many now significant aspects of their life. On the other hand, a very young couple I know in Chennai had their ground apartment submerged in the

floods. They wisely learnt a lesson. They prepared a bulky Emergency portmanteau where they kept the house property papers, shares portfolio, insurance papers, car documents... So storm or fire, the first thing to be salvaged besides their lives was this handy security umbrella.

Many of us happily go through life with luck, good fortune and safe from dire situations. But life’s uncertainties can be rendered less impactful when we address uncomfortable issues that may not always be pleasant. Life is uncertain, making wills and taking our better half into confidence about assets and investments is smart.

There sometimes is no tomorrow and it isn’t a good idea for young or old spouses and dear ones to procrastinate or push aside sharing information about insurance, mutual funds and investments. Imagine a wife suddenly widowed, stunned into shock and harrowed at how she will cope, also having to deal with trying to locate passwords, insurance companies her husband has dealt with. Money needs to be accessible in times of need.

Love and marriage can be about being happily positive — letting the universe bring joy and well-being. But it is wise to hope for the best but also have things in order so there is a sense of responsible freedom.

Often the lacuna in understanding each other’s finances leads to insecurities, inability to bring up uncomfortable finance conversations. Somewhere in a partnership one should discuss the logistics of life when the time is right. Timing is always so important. It clears the cobwebs of insecurities and the feeling that the partner is not concerned about the well-being of the significant other. A secure relationship is a happy relationship.