But that is only the secondary message that Ram wants to give through his costume. 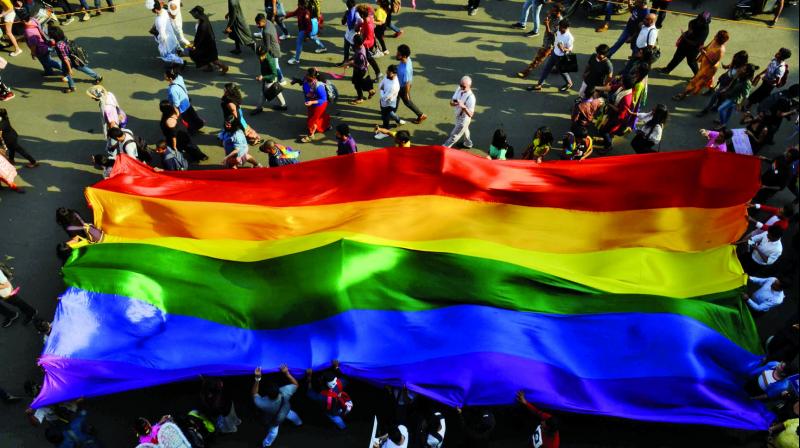 Every year, the LGBT Mumbai Pride March brings new things to Mumbai. Heightened spirits, bright costumes, and colourful people, the walk welcomes hundreds to take to the roads of South Mumbai, stocked with numerous placards, each voicing a plight and slogans to raise awareness about sexualities.

This year, the Queer Azaadi March invited people from all over the country. Ram Rao comes from all day way from Tamil Nadu. His very first Pride Walk has him dressed in an all red costume donning a crown made of plastic bottles. “I come from a environment-friendly background, so it is undoubted that the best costumes can be made from plastic!” he says.

But that is only the secondary message that Ram wants to give through his costume. 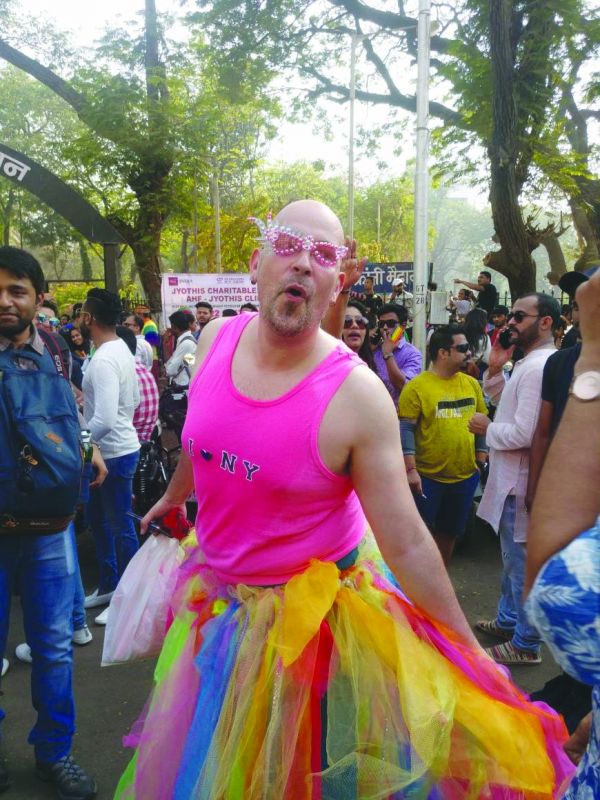 “Society treats us like plastic,” he strongly feels. “They use us and then they just throw us away. But I want to let them know that we aren’t that easily disposable. We are going to stick around for longer. We (queer people) are here, fighting for our rights, and that is the reality,” he says.

Like Ram, a lot of people are dressed in bright red costumes. Be it bridal wear or a fancy costume, red could easily be deemed the top colour choice this year. But a certain man in a neon pink tutu caught our attention.

All the way from New York, Mykel Dicus is in Mumbai specifically for the Pride March this year. “This is my first ever Pride Walk here, and is every bit as colourful and ecstatic at the one we have back home,” he says. His costume, Mykel believes expresses his artistic freedom ad expression. “I don’t have to be gay or queer to wear a tutu and sport neon glasses. I want to have the option to wear these even as a man,” he says.

What brings Mykel all the way from New York is to be an ally. “There are a lot of young people here who don’t know the queer struggle as I do. I am 47 years old today — I have seen a lot of things. I hope to bring my experiences of the last 25 years of Pride Walks here,” he says. Mykel runs Broadway to Bombay, a project that concentrates on movement therapy as a way of coming to terms with one’s sexuality in both Mumbai and New York. 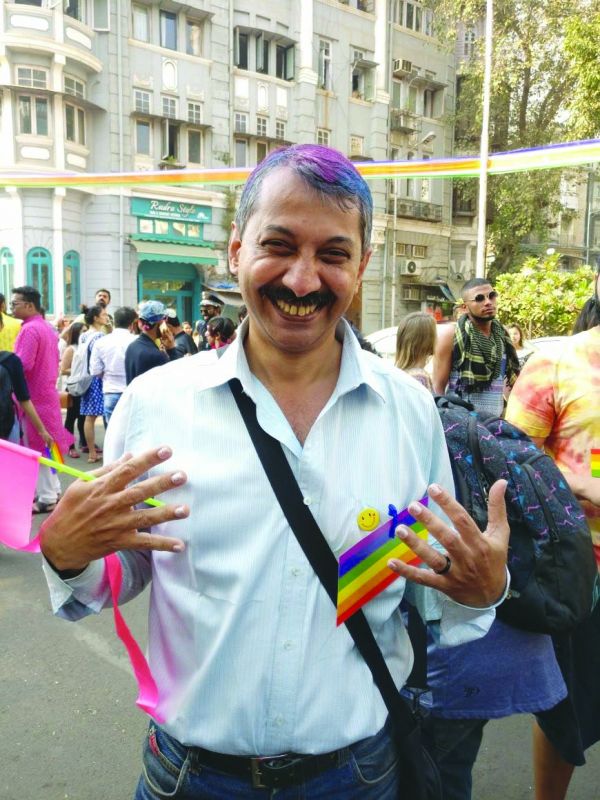 Amidst the crowd, a tall man stands several feet away. However his height isn’t his only aspect of him that sets him apart — his hair is full of glitter. Turns out, dressed formally barring the glitter in his hair, Suren Abrio is a priest. “I am here because I believe in equality for all,” he smiles.

He is accompanied by young people from his parish, all coming to back the Parade year after year. Joanne Pinto, a budding poet, walks every year. “I’ve been coming here for the last three years. The energy and spirit is what brings me back. It is quite the most wonderful walk there is,” she says.

As so, the colourful troupe walks on and on till the end.