In a perfect world, once people get married they would live happily together. But the reality is that with marriage comes various demands. 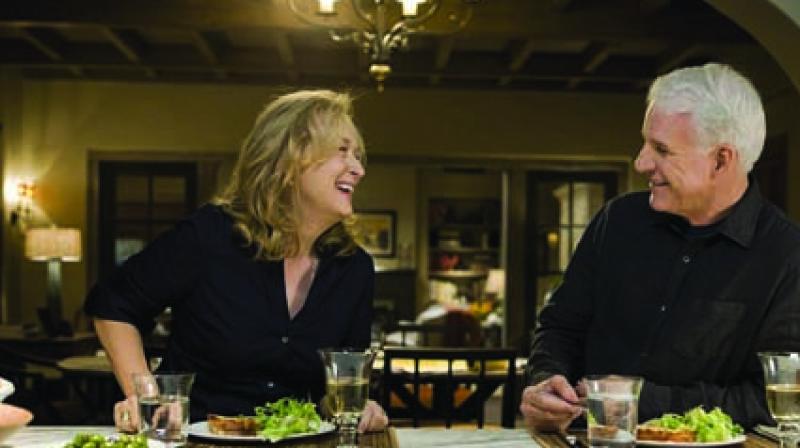 A still from the film It’s complicated

Life is a very lonely business — you may have one hundred or more names in your friend list but at times of crisis or even a small favour to ask, you don’t know who to turn to. In one’s idealistic mind, marriage does connote a panacea for life’s loneliness — a friend, partner and a sharer of life, giving you both moral and emotional support. Even the thought of it makes life’s challenges easier.

But what comes to my mind is the number of break-ups, and divorces, not once, or twice but sometimes even more. It often raises the question — has marriage lost its seriousness with  people walking into it as casually as they are stepping out of it?

The next thing I wonder about is, if these people who get in and out of relationships, should they at all venture into marriage again?

Often this path is left with ‘broken homes’ in the most literal psychological sense. The children are the most affected ones for no fault of theirs. They are left with different degrees of trauma which impact them throughout their lives. Sometimes, one partner may be left bereft, helpless both emotionally and financially while the other merrily goes on her/his way making new associations.

Shouldn’t marriage be about committed responsibility? To see each other partnered in life through good times and bad?

There are cases where second marriage is indeed a second opportunity to learn from mistakes. You’ve probably married a childhood sweetheart and taken him or her for granted, not making the adequate effort that is needed in a new relationship. But now you know how to do it right. The important point is how deeply one wants to work towards a harmonious relationship.

One of the reasons for many breakups in India is that the equation of women and men have changed in cities. Times are such that  most women who are educated, have an identifiable individuality and a strong opinion, and need to be a partner in decisions.

They are not unquestioningly subservient. Gone are the days when the wife and chattel were interchangeable words. What often happens in this scenario is that the contest of wills that are seeking dominance leads to chasms. If the remarriage has to work it has to be understood — every ship has one captain. Whether it is him or her. But equally, the other party is a respected partner.

Many a times one of the partners would try and control the other. This results in suffocation and embitterment for the other. If one has ousted oneself from a marriage for such reasons of trying to control a partner, given a second chance, should the partner proceed to once again control and direct the spouse?

A key breaker of relationships is an inflammable temper. These days’ people are impulsive but it’s unfair to subject someone tied to you in matrimony with anger assault.

However glorious the courtship may have been, the ground reality of living together in a marriage brings to surface many aspects, qualities and experiences that demand  understanding, empathetic and sympathetic determination to accept your partner for who he/she is.