This partner or husband uses abuse as a tool to gain power and the victim is frightened and in control of the pugnacious spouse. 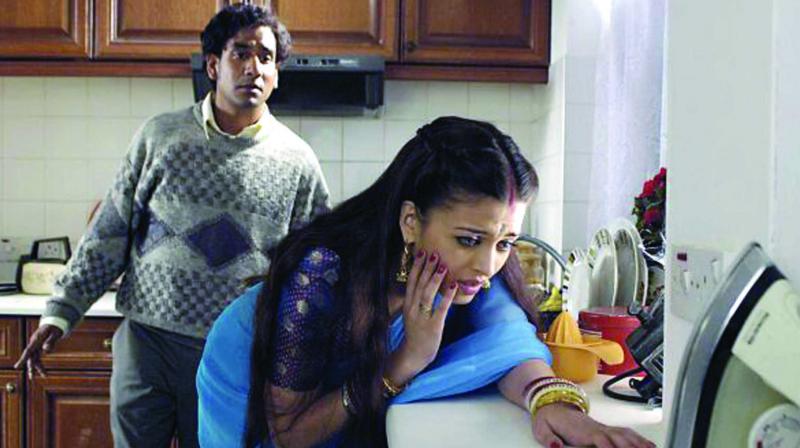 If you see the husband using abuse as a tool to gain power and the wife is frightened and under control of the former, reach out to her as she might have been conditioned to think that she deserves all that.

In the movie Secret Superstar, Najma, the abused mother of the ‘secret superstar’, is outraged when her crusading daughter discusses divorce, unable to withstand the brutal abuse her mother Najma is repeatedly subjected to by her vicious father. And yet her mother wants to stay in her comfort zone of the familiar and known abusive relationship she is mentally trapped within.

“Pati parmeshwar hota hai” — How much relevance does this presumably religious diktat hold for a wife in today’s urban society? It’s an archaic thing, you would imagine, more referred to with ridicule than perceived as existing in fact. Not really! It endures till today especially in smaller towns where there is lack of exposure and education. Aamir Khan’s film brings to focus how the man’s need for control and of verbal and physical violence over the wife, exists in relationships worldwide, and sadly the woman’s mindset perpetuates it.

Until shaken up out of her reverie, Najma is actually resolved to her fate, and nearly comfortable in her subservient, disempowered familiar hell than considering the unknown paradise her daughter promises her. There is a curious syndrome psychologists know of, where the victim in some convoluted way not only accept this situation, but may even become addicted to it. It’s called the Stockholm Syndrome. A danger that well-wishers of a victim must pre-empt and help abort.

Is the long-suffering wives, who are lambasted by husbands, a symbol of some virtue related to family harmony? Expediency for control and autocracy much observed in Middle Eastern and oriental societies are even seen reflected in educated modern mind-sets of personable women moving in ‘progressive’ society.

This partner or husband uses abuse as a tool to gain power and the victim is frightened and in control of the pugnacious spouse. Worn down emotionally fulfilling the needs of the man — whether it is his need to hit her, control her or the chores of lovelessly running his house, the abused wife suffers from lack of self-worth and confidence. Tired and in a condition of physical breakdown, she has no spirit left to contest for her rights or the strength to rebel. She has begun to actually think she deserves the abuse and that it is her fault.

She has been led to imagine that abuse is a result of her behaviour or something she does wrong, which is the key cause for her to stay put and not seek help, imagining that she is incapable of functioning in the outside world. Eroded of all self-worth and having a  low opinion in her own capabilities, she credits him with doing her the favour by ‘keeping’ her. He has used his power of words to make her feel like she is undeserving and inept with constant comparisons with other women further lowering her self-image.

The abused woman had once loved this man, probably in her misdirected mind still does with a bewildered acknowledgement that he is her ‘shohar’. Men often exploit such love and faith and brainwashes her by constantly passing verdict on her mistakes making her guilt-ridden. Scared and emotionally vulnerable, she looks to the same male for approval and help. Very often the wily man has also rendered her financially dependent.

This condition exists at all levels behind the curtained veil of “all is well with us”. Sometimes the abused wife clings onto the ideal of a happy marriage. She doesn’t protest the physical and mental abuse, hoping it will not allow the relationship to fail. She tries to show a content family picture to the outside world, internally ashamed of the situation. Perhaps she is unaware that she has no reason to be humiliated and that she is actually the victim?

Her spirit eroded by constant intimidation ensure that she accepts and actually gets habituated to the abuse. Until her family, friends and the law push their foot into the door and wake her up from the vicious circle, to infuse the terrorised victim with requisite strength and support, this is a losing game. She has to be explained that she can make it in life without him, to unlearn all that he has fed into her psyche and regrow the self-image he yanked away.

When a person is abused but habituated to the tyranny, bruised and unable to get out of the rut, she needs assistance and counselling to awaken her own defence mechanisms. Ultimately it has to be the woman who has to take charge of her own life to make the courageous change and turn around.