Scientists explain why people use Snapchat

Snapchat can provide the perfect medium for those who are hesitant about communicating their life to a public audience. 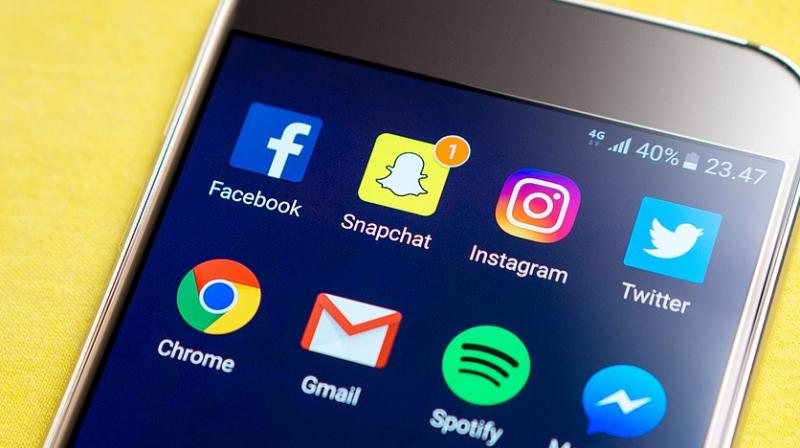 Houston: Snapchat may provide the perfect medium for maintaining relationships with close friends, without the pressure to present one self in extraordinary form, say scientists who delved into why people use the addictive social platform which allows short, quick posts.

Due to its brevity, Snapchat could be the best form of communication in a world where people struggle with a seemingly diminishing attention span. However, researchers found that the interest and popularity of Snapchat goes beyond just its simplicity.

"People use Snapchat a lot because of its entertainment and functional needs," said J J Delacruz, graduate student at Texas Tech University in the US. "For certain people, it enables them to overcome communication apprehension by using a different means of communication where they don't have a threat in their face. At
the same time, there are people who are addicted to it," said Delacruz.

In other words, Snapchat, because of its brevity, can provide the perfect medium for those who are hesitant about communicating their life to a public audience, but at the same time can become addictive because those same properties allow for multiple, quick posts that only last a few seconds.

"I noticed people were using it all the time. They are constantly on it," said Narissra Punyanunt-Carter, associate professor at Texas Tech University. "It's very different from the traditional social media
because it only records 10 seconds worth of snaps that are very, very quick," said Punyanunt-Carter. "So if I have a lot of friends, that is very time consuming to sit down and watch all their posts on most social media platforms," she said.

For the study, researchers recruited students who use Snapchat, and asked them about their reasons for using the medium, including needs and motivations. It also asked about general social media use motivations, such as personality characteristics and what made them tend to gravitate toward Snapchat as a social medium. It also asked questions to help researchers analyse differences between males and females.

The brevity of Snapchat posts was a key factor for two big reasons. People using Snapchat felt much more trustworthy with how they shared content with others. Since the content disappears quickly, users are able to share their lives and do not feel the pressure to present themselves in any extraordinary form - they can just be their normal, real self. "They thought that was a good way to maintain ties with people they were already very close with, interpersonally," Delacruz said.

Delacruz said Snapchat is not the preferred social media platform for starting a new relationship. However, it is an optimal platform for those with whom the user already has a relationship, and therefore do not have to impress in their post. It is used to maintain relationships and establish trust between users. At the same time, Snapchat seems to change faster than other social media platforms, adding things like filters that Facebook and Instagram later added as well. "It takes away the pressure of coming up with a great message or great topic, or coming up with a way to present yourself that is socially acceptable," Delacruz said.