Most fake news stories on WhatsApp are video based. 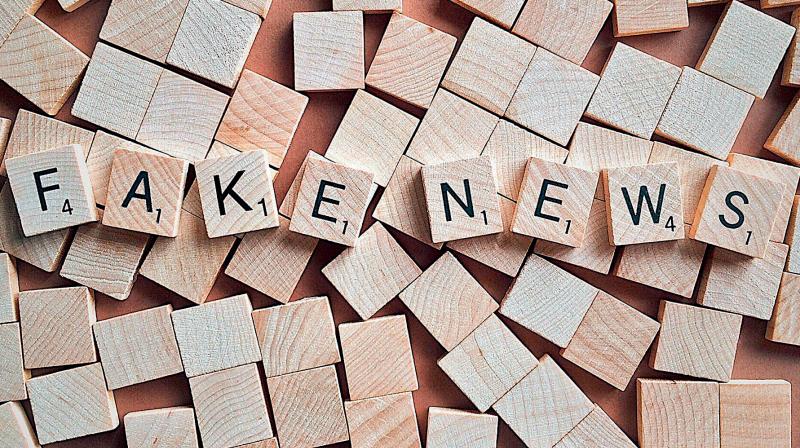 Even news organisations claimed that the Rs 2,000 note came with a ‘nano chip’ to trace black money.

Everyone who has a Facebook profile and a WhatsApp account has received questionable news of everything from the UNESCO declaring Prime Minister Narendra Modi as the best PM in the world, to NASA’s purported Diwali pictures, to more communal messages. But what has made the counterfeit news industry tick in 2017, making the forward buttons work overtime? We get an expert to break down the fake news phenomenon.

The trajectory of the traffic that fake news websites now get, started sometime in late 2015 and early 2016, but it wasn’t until  this year that it properly took off.

The reason? Some of these websites have managed to turn peddling fake news and propaganda into an enterprise.

Some of these run from office spaces in places like Noida, and have 15-20 youngsters working for them. These youngsters are responsible for churning out content. Their main job is to create Facebook pages for everything from ‘I love Indian army’ to ‘I love Virender Sehwag’ and ‘Hot desi girls’. So, most content on the page about Virender Sehwag will be pictures of him, his game and his family.

However, interspersed with content about the page itself will be links to two or three fake news websites. And all of these clicks are generated organically.

Because these youngsters have realised the viability of working for these websites, they can see you can make a quick buck off it, making them even more popular.

You could divide fake news here in two categories: the one that spreads on social media and WhatsApp, and the one via websites. There’s a financial incentive involved in the latter one, earning the websites money through ad clicks.

Most fake news stories on WhatsApp are video based. For example, one that spread for a year-and-a-half was of a Hindu woman purportedly set on fire for not wearing a burkha. There was another one of a Hindu woman being molested.

Now, the first one was, in reality, of a carjacking gone wrong and the second is a video clip from a Bhojpuri movie called Aurat Khilona Nahi. Such videos are used from a political angle, and serve the purpose of communal divides.

Now, there’s been a telecom war in India. Mobile data rates have never been lower. According to statistics, India was using 200 million Gbps data per month in 2016, that figure has gone up to 1.3 billion Gbps in March this year. It’s a jump of six and half times in nine odd months.

There is also a huge number of first-time Internet users whose windows to the world is messaging app WhatsApp. Besides cheap smartphones, a lot of them end up buying sub Rs 2,000 feature phones, that come with WhatsApp inbuilt.

A Rs 1,300 phone and Rs 50 data pack opens a new vista altogether. You’re suddenly in the midst of a deluge of information. You’re added to groups from family, social circles, and more. This isn’t restricted to just metros. And many people don’t exercise their criticality with WhatsApp information, which they would have normally done in any other case. For a lot of them, the printed word is the final word.

There are also harmless messages like ‘UNESCO has declared Indian national anthem as the best’. But don’t forget that these play on your emotion and allegiance to your patriotism. It’s your confirmation bias that gets you to hit the forward button and your bias can be used against you.

Keep an eye out
Don’t hit forward instantly: There’s a whole industry out there that wants to abuse your anger.

Be aware of fake news websites: There are reputed news organisations that have reporters, who get quotes and are on the field. There are some that will reference other news reports. However, fake news websites will not have information and quotes that can be attributed to someone or corroborated. Be sceptical of any website that doesn’t provide references.

Wait for newspapers: If you receive a message of a communal murder in your area, there’s a 16-page broadsheet  the next day that will have the news somewhere in it, if the news is true.

Slow down: People want to consume information as fast as possible, but because there’s so much information out there, slow your consumption down. You don’t have to react to every piece of information that comes your way.

There are a lot of things that one can do to bust fake news. But for people who work 9 to 5 jobs don’t have time to verify news. The second best thing you can do is not fall for fake news.

Pratik Sinha has been a crusader against fake news. The son of prominent human rights activist Mukul Sinha, he worked on the website Truth of Gujarat, before
co-founding Alt News, as a means to bust fraudulent viral stories.