While some pubs will telecast the PM's New Year's Eve speech, some are reluctant about it. 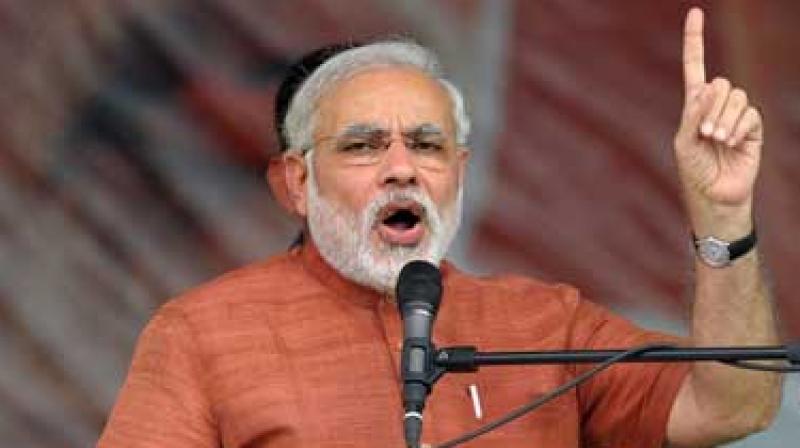 Mitron might not sound the same again (Photo: AFP)

New Delhi: In the past few months, and especially after the address of November 8 in which PM Narendra Modi announced demonetisation, ‘Mitron’ is a term which has come to mean completely different things for people. For supporters of the PM it may sound like an affectionate way to address people, and for others it has come as something that marks the arrival of bad news.

But as the word is doing the rounds on social media for a while, pubs in and around Delhi plan to cash in on it by telecasting PM Modi’s speech on New Year’s eve, and it might even give another meaning to ‘Mitron’ for Delhiites, at least on New Year’s eve.

The social café and bar in Delhi has announced that people partying there on New Year’s Eve will get a pint of beer or a shot of alcohol for just Rs 31 each, every time the PM says ‘Mitron’. The offer will be available for only half an hour though, between 7:30 to 8:00.

Meanwhile there are those who are not willing to telecast the address for various reasons, as some said it makes no sense since people will be drunk, while others are not sure what the PM would announce next with regards to demonetisation and don’t want to risk spoiling the party.